Gun Control: A federal judge rules that the AR-15 and similar weapons commonly used in self-defense "fall outside Second Amendment protection as dangerous and unusual arms," and we have no right to keep or bear them. 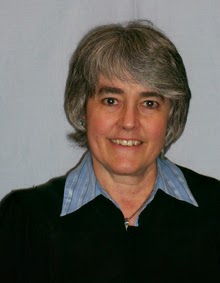 Nobody looted the gun shop and tattoo parlor that share a storefront in a strip mall less than 10 minutes from Ferguson, Mo., where riots followed the police shooting of Michael Brown.

According to the local Riverfront Times, the owners of County Guns and Tattoo Studio arrived with friends to protect their businesses. One owner carried a rifle and pistol and wore a vest, while the other had his own rifle.

Their defensive use of firearms as rioters burned and looted other stores in the strip mall couldn't have occurred in Maryland. There, AR-15-style weapons are banned, more because of the rifles' "scary" appearance than their lethality. Maryland's Firearm Safety Act of 2013 makes their possession and open carry illegal.

As the Ferguson riots raged, U.S. District Judge Catherine C. Blake, appointed by President Clinton, issued a ruling that upheld the Maryland law, saying, "the court seriously doubts that the banned assault long guns are commonly possessed for lawful purposes . .. and is inclined to find the weapons fall outside Second Amendment protection as dangerous and unusual."

Now the Second Amendment, written in the era of muskets, does not mention what arms we have the right to keep and bear. But we have an idea, based on how they were used: to protect their owners' homes, businesses, farms and families, and to fight the tyranny of the British crown. It's been said that the Second Amendment was put in the Bill of Rights to protect the other nine.

Gun control advocates say, with some snarkiness, that the Second Amendment doesn't allow one to own nuclear weapons or tanks, so it's merely a question of where we draw the line. They would draw the line at the AR-15 and its counterparts — which, despite the judge's claim, are commonly used for legal, defensive purposes.

The AR-15 is among the guns that must be registered. They've made up 50%-60% of U.S. rifle sales in recent years, federal figures show. The New York Times recently called the AR-15 "The Most Wanted Gun In America." Sen. Dianne Feinstein, D-Calif., has been pushing a bill to reintroduce the ineffective assault weapons 1994 ban that expired in 2004 with no impact on the crime rate.

Feinstein's legislation would outlaw more than 150 types of weapons, from rifles to pistols to shotguns. They include the Streetsweeper and Striker-12, which, again, have frightening appearances yet chamber the same 12-gauge shells that are used to hunt birds.

While used in several high-profile mass shootings, the AR-15 is favored among homeowners, hunters and sport shooters. It's popular for both sport and self-defense among women, who find it easy to carry and handle.

Crime rates and homicides have dropped as concealed-carry laws spread nationwide. As more citizens are armed, predators find it harder to find unarmed victims except in gun-free zones such as the school in Newtown, Conn., or the theater in Aurora, Colo.

All guns are dangerous, particularly when used by rioters and other criminals. But in the hands of law-abiding citizens, they are exactly what the Founding Fathers had in mind when they wrote the Second Amendment.

"(T)he court seriously doubts that the banned assault long guns are commonly possessed for lawful purposes...," says the judge. This is a statement not based in fact. As a matter of fact, it is an outright lie! Liberalism and social justice are the antithesis to truth and fact!

I must've missed the "dangerous and unusual arms" exception to the 2nd Amendment.

Was the 2nd Amendment Amended?

No, the second amendment was not amended except in the minds of those who wish to believe it should not exist at all. If these idiots on the bench who make such rulings had ever studied American history, they would know that the Brown Bess (and muskets like it used by Americans during the War for Independence) were the most lethal weapons available at the time and could easily be compared to the "assault weapons" of today. So I would suggest that the founding fathers knew exactly what they were doing with the second Amendment--unlike these activist judges who rule based on feeling rather than fact.

Done With The Clowns and Idiots Running Things said...

Its tyrants like this Nasgal in a black robe who is going to find out what 3% means if they stop sticking their noses in our business and affairs.
Just who do these people think they are omnipotent mandarins and gods?
I don't think so. They are fools.
She can take her diktat and shove it where the sun don't shine.

The Court in Heller makes use of the phrase "in common use for lawful purposes."

Because the AR15 is the most commonly sold center-fire rifle today, it is the very definition of that criteria.

So is an appeal in the works?

Chris said...
This comment has been removed by the author.
8:43 AM

By extension, every gun-control (anti-gun) zealot should be forbidden from expressing their views by any electronic means (phone, text, email, TV, radio, internet) and be restricted to town criers, quill-to-parchment or movable-type printing presses, disseminated via horseback, horse/ox-cart or ship, since these were the commonly available means of communication when the First Amendment was drafted. Obviously modern means of communication were NEVER envisioned by the Framers of our Constitution. BTW, Judge, I presume you still use an outhouse and chamber pot? Don't tell me you use indoor plumbing!!! No light bulbs allowed either, only candles or oil lamps.

Appeal?
Appeal a natural right?
That's just it right there. There is nothing to appeal. You don't appeal what's illegitimate to begin with. These morons can make all the exfacto "laws" they want, appealing only plays right into their agenda, it gives credence to something that has none, gives the appearance of legitimacy cause everyone is oooh! its the law. In a pigs arse it is! Our will and liberty is the law, these outlaws don't respect the rule of those essential laws, they crap over them with impunity
Why do we have to respect their diktat and decrees?
That right there is why we got the trouble we have now.
It is time to refuse and defy the bastards. High time.
Refuse to consent. That's where its at. What can they do, shoot us, point guns at us, threaten violence if people defy their rule over us? They are doing that now.
They can pound sand. That slimy cunning lying tyrant in a black robe can go to hell.

Judge Blake is "dangerous and unusual" as well. Does that mean she forfeits her right to life, liberty ad pursuit of happiness?

At the time of the founding, field artillery canon, the WMDs of their day, were commonly owned by private citizens (although mostly wealthy ones). In fact, the canon used to defend Breed's Hill in the commonly misnamed Battle of Bunker Hill were privately owned. In addition, merchant vessels were commonly heavily armed depending on the perceived risks of their route, again with heavy cannon.

The founder's didn't say "small arms", or "man portable arms", or some other phrase. They said "arms", which back then meant "weapons of war" just as it does today. If they had meant to restrict the people to small arms, they could have done so. But the intent, at least as explained by the amendment's supporter's at the time, was to ensure that the people would always have the means to overcome the government should it turn tyrannical, and to do that the private citizen needs access to the same arms that the military does.