A BLACK MAN ASKS: Why do Black lives matter except when illegal aliens are killing Blacks?

Barack Obama will ignore the Texas injunction and do whatever he can to illegally circumvent the Constitution. He made that clear in a town hall appearance last evening. 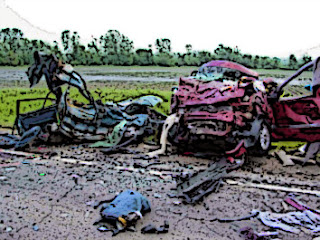 The Senate has sent an immigration bill to the House that has stripped out the DHS funding provisions instead of doing the hard job of dealing with the Obama’s violations of the Constitution. It is a giveaway to Democrats and for their generosity, ABC news radio said today that the bill is being sent to the House to “punish Barack Obama.”

The president could care less that cartel members, criminals and terrorists are getting through the open borders.

All Barack Obama can do while he puts his illegal amnesty through is manipulate us. His latest is to change the names of illegal aliens to “Americans-in-waiting.”

Check out this WH page:

Barack Obama met with leftist open borders groups at the White House yesterday and assured them that amnesty will go through.

The hill announced immediately after that Obama is looking into putting amnesty through in the 24 states not covered by the Texas court ruling placing an injunction on Obama amnesty.

As Jeff Sessions said, our laws have been “dismantled, stripped bare.” Sessions recently listed the Obama legal and/or ethical lapses on immigration.

Speaker Boehner quoted the 22 times Barack Obama said he wouldn’t violate the Constitution to pass amnesty. Obama knows he is violating the law and he doesn’t care because no one is stopping him.

McConnell just gave away the store to the Democrats. Instead of saying the Democrats wouldn’t vote on the law, they sent it back to the House and put the monkey on their back. They might not pass the Senate “clean” bill.

A “clean” bill by the way is a bill that gives Democrats 100% of what they want. In this case, it has no immigration provisions.

Earlier this week, Sessions said the Democrat opposition was nothing more than a “defensive wall around the President’s order.”

In a town hall last evening, Barack Obama made it clear that he will abuse prosecutorial discretion and any other law he can to force amnesty on the American people. He also told illegal aliens to “gather up” their papers.

“People should be gathering up their papers, make sure you can show you are a long standing resident of the United States,” Obama said Wednesday evening in the town hall meeting hosted by the Spanish-language TV network Telemundo. He said immigrants should make sure that by the time the legal issues are sorted out, “you are ready to go.”

He made it clear that he will veto any vote by the Congress because he said he is right. He doesn’t care that Congress is the peoples’ house and has a voice in all this.

Trey Gowdy said yesterday that Democrats will cry out for the law to be followed one day.

They probably won’t however. They are counting on illegal aliens giving them a permanent voting majority.

Why should they? They don’t count when they kill each other. They don’t when they continue to vote for politicians who offer them crumbs to remain in ghettos and kill each other and anyone else who enter their little hellholes for a few guaranteed worthless positions. Their children don’t matter, being aborted in such numbers that they are destroying their very own base. Not sure how I can care about black lives when they obviously don’t.

I’m not for equality of outcome, only equality of qualified opportunity. Even that has become a shaky. Not sure it’s worth it, for some. Not with the risks, which seem inherent.

You can't be a beggar and turn around and decry being treated like one. Humble or proud, weak or stalwart. Don't mix and match.