NEWLY REVEALED PENTAGON DOCUMENTS: Why, Yes, the White House Lied to Everyone About Benghazi

Scandal: Heavily redacted documents show a military response had been drafted in answer to the Benghazi terrorist attack by a group supporting "an Islamic state" in Libya. It also showed the attack wasn't inflamed by a video. 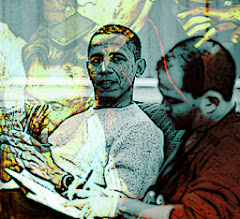 It's taken Judicial Watch two years to obtain from the most transparent administration in history the 486 pages of documents pertaining to the military response to the Sept. 11, 2012, terrorist attack on our Benghazi diplomatic mission. They confirm what we have said repeatedly, that the Benghazi tale spun by President Obama and former Secretary of State Hillary Clinton was indeed a lie agreed upon.

Despite heavy redaction, they show that the real "JV team" — a term applied by Obama to the deadly Islamic State — resides in the White House. The papers reveal, for instance, that at one point the military relied on a photo from a Twitter post to determine the status of Ambassador Christopher Stevens, who was killed with Foreign Service Information Management Officer Sean Smith in the first of two attacks.

Several hours later — hours during which a rescue or support attempt arguably could have been made — terrorists killed CIA contractors and former Navy SEALs Ty Woods and Glen Doherty.

The documents confirm the administration lied in insisting the attacks were nothing more than a spontaneous protest over a video offensive to Muslims — protests that escalated to the point participants spontaneously pulled out their mortars and rocket-propelled grenades.

The documents describe Libya as hardly the poster child for the Arab Spring, and echo warnings sent to State by Stevens himself. He was aware of an attack on a convoy carrying the British ambassador to Libya and a June 2012 attack where an improvised explosive device blew a hole in the Benghazi consulate wall. Nowhere in the 486 pages is mention of or concern for the effects of a video.

On Aug. 8, 2012, Stevens sent a two-page cable to the State Department entitled "The Guns of August: Security in Eastern Libya" and noted a dangerous "security vacuum" in and around Benghazi, as well as the presence of terrorist training camps. He was ignored.

The documents reveal that, early on the day after the attack, the Pentagon received intelligence briefing slides detailing that the June 6, 2012, attack was tied to al-Qaida-linked terrorists seeking an Islamic state in Libya and who threatened to attack U.S. interests there. It also said the June 6 attack "came in response to the 5 June (2012) drone strike on senior al-Qaida leader Abu Yahya al-libi."

That Sept. 11 was a terrorist attack was known before, during and after it took place.

"I personally ... think the (U.S. Africa Command) very quickly got to the point that this was not a demonstration, this was a terrorist attack," Gen. Carter Ham, head of the Command, testified behind closed doors in June 2013 before the House Armed Services Subcommittee on Oversight and Investigations.

And that, Ham said, was the "nature of the conversation" he had with Defense Secretary Leon Panetta and Joint Chiefs of Staff Chairman Martin Dempsey moments before a 30-minute meeting with Obama prior to the president resting up for his fundraising Las Vegas trip.

A Sept. 13 draft cable — "U.S. Africa Command Request for Forces" — sought an "immediate" response from the Joint Chiefs for "additional forces" to protect "vital naval and national assets" under the operation name "Jukebox Lotus." This is not something done in response to a spontaneous protest gone wrong.

Unfortunately, it came too late for any support or rescue attempt. Fortunately, the truth is never too late.

An old-fashioned phrase fits this: It's a crying shame.