The Canary in the Coal Mine

I read Israeli Prime Minister Benjamin Netanyahu’s recent call to European Jews to move to Israel in the wake of the attacks in Paris and in Copenhagen. “Israel is your home. We are preparing and calling for the absorption of mass immigration from Europe,” was Netanyahu’s message to those considering leaving their home nations. 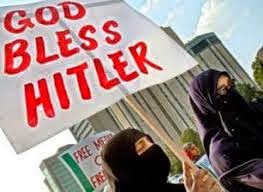 
When it declared its sovereignty in 1948 Israel quickly filled with Jewish immigrants from the surrounding Arab nations that made it clear they were not welcome even if their families had lived there for generations. Now they are extending their hatred to Arab Christians.


These days Israel’s population numbers 7,821,850. For years Israel has been welcoming Jewish immigrants from nations that include Russia, Ethiopia, Ukraine, and France; even some from the U.S. As incidences of anti-Semitism increase in Europe, Netanyahu’s invitation is being answered by more Jews seeking a respite from the hatred they are encountering.


Jews represent less than 0.2% of the world's population.


So why are we witnessing attacks on Jews? Writing in The Wall Street Journal on January 15, 2015, Ruth R. Wisse, a former professor of Yiddish and comparative literature at Harvard, warned that “If we mistakenly imagine that this is ‘about’ Jews, however, we fall into the trap that anti-Semitism sets for us by deflecting attention from perpetrators to victims.”


“The trail of terror leads not to the Jews but from those who organize against them…In every case, Jews are convenient targets standing in for the liberalizing aspects of individual freedom, democratic governance and modernity complete with its anxieties. Anti-Jewish politics aims at the tolerant societies in which Jews flourish.” 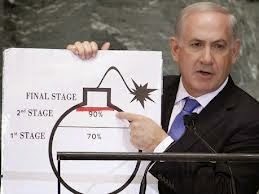 Therein lays the danger in President Obama’s resistance to identifying the terrorists and acts of terrorism around the world as fundamentally Islamic. Do all Muslims hate Jews? Probably not, but enough do to support radical Islamism in the millions and their hatred extends to Christians and all other infidels, unbelievers.


CNS News.com reported in November 2014 that “The number of people killed by terrorists worldwide in 2013 rose by 60% compared to the previous year—from 11,133 to 17,958—with four Sunni Muslim extremists groups responsible for two-thirds of all fatalities” according to the Global Terrorism Index, a project of the Institute for Economics and Peace.


The failure to defeat the jihadist groups can only lead to the increasing danger of an attack on the U.S. homeland, but it will also ensure that such attacks occur throughout Europe, Africa and the Middle East wherever there are large Muslim populations.


On September 29, 2014, Prime Minister Netanyahu addressed the United Nations General Assembly. “It’s not militants. It’s not Islam. It’s militant Islam. Typically its first victims are other Muslims, but it spares no one. Christians, Jews, Yazidis, Kurds—no creed, no faith, no ethnic group is beyond its sights. And it’s rapidly spreading in every part of the world. You know the famous American saying, ‘All politics is local’? For militant Islamists, ‘All politics is global’ because their ultimate goal is to dominate the world.”


When Netanyahu addresses the U.S. Congress next month, his message will surely be the same, but with one difference. He will focus on the insane prospect of an Iran, the source of terrorist acts against the U.S., since the Beirut bombing of our Marine barracks there in 1983.


What Obama does not grasp is that Netanyahu wants the U.S. to cease its insane support for a nuclear Iran. He wants to protect his nation, but what he also wants to do is to save Iranian lives because Iran will not be permitted to reach a point where it can annihilate Israel.


This goes beyond the anti-Semitism that has flourished for millennia and goes straight to the question of whether Israel and the U.S. can survive an inevitable attack and whether the rest of the world can avoid slipping into a new Dark Age rooted in the seventh century.