Leadership: "We are five days away from fundamentally transforming the United States of America," candidate Barack Hussein Obama said on Oct. 30, 2008, just before his election as our 44th president. Was it just rhetoric? 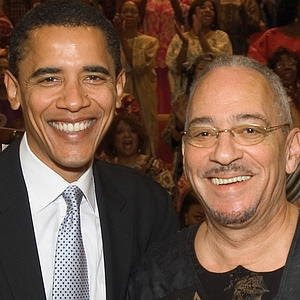 Many no doubt thought it was, chalking it up to boilerplate election-eve hot air. But now are we seeing — some would say tragically — what he meant.

Former New York Mayor Rudy Giuliani is being raked over the coals for saying he doesn't really believe the president loves America, and he probably didn't do himself or the Republican any favors by saying that. Democrats seem to be having a field day with his blunt remark.

But can the case be made? If you love something, do you seek to fundamentally transform it while endlessly summarizing its flaws?

This is the president, after all, who sat for two decades in the pews of Trinity United Church, where the Rev. Jeremiah Wright ranted that we should be saying not "God Bless America" but "God damn America" and that 9/11 was just one of America's chickens "coming home to roost."

The record does not show Obama ever walked out in protest, but it is recorded that Wright married the Obamas, baptized their daughters and is credited with the title to Obama's book, "The Audacity of Hope."

This is the president who served on a board with Bill Ayers, the Weather Underground terrorist who helped launch Obama's political career in 1996, when Illinois state Sen. Alice Palmer introduced him to some of the district's influential liberals.

What was essentially Obama's first fundraiser was held at the home of Ayers and his terrorist wife, the equally infamous Bernadine Dohrn.

And of course we all remember Michelle Obama's remark during the 2008 campaign: "For the first time in my adult lifetime, I'm really proud of my country." Before that, might we assume she was somewhat ashamed of what her husband would later apologize for?

It is Barack Obama who repeatedly injected race into his campaigns, starting with a private meeting of donors in San Francisco on April 6, 2008, at which he famously told them of "small towns in Pennsylvania" and the Midwest beset by job losses in a changing economy.

He told of how "they get bitter, they cling to guns or religion or antipathy to people who aren't like them or anti-immigrant sentiment" to vent their frustrations.

As president, Obama would gut our military and withdraw our troops because he believed America was the world's bully and the root of all its problems. But loving America means never having to say you're sorry for its role in a world without which freedom would have vanished from its face.

Loving America means respecting its institutions, its laws and its Constitution. Obama has done none of that, ignoring Congress and the founding document as he grabbed his pen and his phone to rewrite ObamaCare and grant amnesty to illegal aliens on a whim.

Under Obama, American citizenship has been rendered meaningless as the American dream is supplanted by work permits, identification cards, get-out-of-jail-free cards for criminals, assorted welfare goodies paid for by American citizens, immunity from deportation and even de facto voting rights for illegal aliens.

Is it fair to wonder, as author Dinesh D'Souza insisted in his last book, if Obama is driven by a Third World, anti-American ideology that he got from a Kenyan father with a soft spot for communism?

In the president's view, entrepreneurs who built America really "didn't build that," and the wealth they generated was stolen from others, to be redistributed from those who have worked hard for it to those who work not at all.

We could go on, but you get the idea. Giuliani's remark may have been impolitic. But he raises provocative questions about the man who holds our fate in his hands.

at 11:28 AM
Email ThisBlogThis!Share to TwitterShare to FacebookShare to Pinterest
Labels: Democrats, extremism, MSM, Obama, World

The Black Liberation Theology preached by Reverend Wright is not Christian theology at all so attending Wright's church in no way made Obama a Christian. That Trinity was a member of the United Church of Christ says more about the lack of standards in the denomination than the beliefs of Trinity. Black Liberation Theology is a communist pseudo-theology. We all know communism is overtly atheist so, if Obama was able to sit in a pew and listen to this claptrap, he is either an atheist or he enjoyed the anti-American sentiment he was hearing in the sermons.

Anyone wanting to fundamentally change the greatest country in the world ever is a moron in not a TRAITOR or WORSE....

Obama IS IS on the side of evil.

And our ball-less Republican leadership says nothing. They should come out and support Rudy - they should applaud his truthful comments. I dislike Boehner, McConnell, stupid Graham, more than I do the democrats (but, not Obama) because they have had a myriad of opportunities to strengthen their relationship with their base, but they refuse to do it. I hope the Republicans go the way of the Whigs - they are nothing but RINOs and TRAITORS. They have betrayed their conservative base and have, in my opinion, baited their last switch.