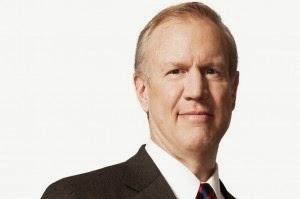 In Illinois, they're called "fair share" dues collected from workers said to benefit from the collective bargaining of the unions they're in thrall to, whether they want to join or not, moneys collected by force to pay for that representation.

"Fair share" is a favorite mantra to liberals, but not to newly elected Illinois Gov. Bruce Rauner. He believes that there's nothing fair about extorting money from people for having a job — in this case, a public-sector job with the money used to lobby the same government that pays their salaries.

Rauner, a Republican, took on the public-sector unions early on in his campaign to make a dark-blue state turn red.

Public union pensions, a payback for union support in elections, were bankrupting the state.

As an added precaution, he filed a pre-emptive lawsuit in Chicago to have his action certified as legal. The Democrat-controlled state legislature could vote to override the order, of course, but the gauntlet has been thrown down.

"Government-union bargaining and government-union political activity are inextricably linked," Rauner said in issuing the order. "As a result, an employee who is forced to pay unfair share dues is being forced to fund political activity with which they disagree. That is a clear violation of First Amendment rights and something that, as governor, I am duty-bound to correct."

Rauner disagrees that people should be forced as a condition of employment to contribute their money to candidates and causes that they oppose. He agrees with Thomas Jefferson, who once said, "To compel a man to furnish contributions of money for the propagation of opinions which he disbelieves is sinful and tyrannical."

The governor is building on a U.S. Supreme Court decision last July involving Illinois home health care assistants whom the purple shirts of the Service Employees International Union (SEIU) organized by force, with dues being forcibly taken out of their state checks.

By a 5-4 vote, the Supreme Court ruled that forcing these home health care workers to pay union dues violated the First Amendment.

Rauner believes that those who work directly for the government should have the same rights as those whose outside work is paid for by the government. He also knows that the issue is not just about freedom but about jobs and economic growth.

Neighbors including Wisconsin, Indiana and Michigan have either challenged the unions on pension reform or embraced right-to-work to encourage the economic growth to fund them.

For unions, it gets worse. Rauner's executive order follows a proposal in his State of the State address for Illinois to adopt "right-to-work" zones reminiscent of the late Jack Kemp's "enterprise zones." In such areas, local communities freed from union bondage could decide whether joining a union or paying union fees could be voluntary for local workers.

Illinois may not be ready for the reform of becoming a pro-growth right-to-work state, but it has a pro-freedom governor ready to take the first steps.