Larwyn's Linx: GOP Surrender on Obama’s Lawless Amnesty for Illegal Aliens Would Be a Profound Betrayal of the States 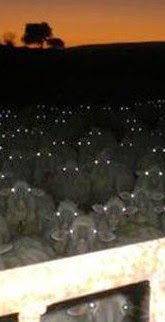 5 Things Ted Cruz Would Do The Minute He Took Office as President: IJR
Cruz Lights Up Crowd in Lightning Round CPAC Questions: Breitbart
The Retread Train-Wreck Continues: Max Redline

Jihad John Kerry To Meet With Iran Instead Of Netanyahu During His Trip To US: Exam
Jihadi John Executioner Has Been Unmasked: IJR
Venezuela's President Is Out of Control: NatlInt

U.S Army combat vehicles parade 300 yards away from Russian border: WestRepublic
What Is Russia Up To in the Arctic?: Newsweek
Austria Bans Foreign Funding for Mosques, Forces Imams to Speak German: Breitbart

What if the universe had no beginning?: EarthSky
Pebble Next-Gen Smartwatch with Color Display Made History on Kickstarter, Again: MikeShouts
Amazon Wants to 3D Print Your Purchase in the Back of Its Delivery Van: Gizmodo

Another Bad Omen for Hillary Clinton: Andrew Stiles
Every Member Of The Avengers, Ranked: io9
These 16 Photo Are Scary And They Are 100% Real!: Viralands

Image: These 16 Photo Are Scary And They Are 100% Real!
Today's Larwyn's Linx sponsored by: BadBlue Gun News

QOTD: "Avarice, ambition, revenge and licentiousness would break the strongest cords of our Constitution, as a whale goes through a net. Our Constitution was made only for a moral and religious people. It is wholly inadequate to the government of any other" --John Adams, Letter to the Officers of the First Brigade of the Third Division of the Militia of Massachusetts, 11 October 1798

Conservatives need to leave the lying GOP!!!!!!!!!!!!!!!!!
Do you support Obama executive order to give illegals free money, citizenship? Conservatives don't
GOP Congress leadership don't mind giving Obama all the money he wants
Republicans all talk while they take the money

The weasel zippers link looks like it's a year old. Better check on that.

Thank you very much, Doug.

Barack Obama and his administration appear to be social engineering us into a new America.

Obama’s Immigration Reform does not just cover those who receive amnesty, it’s all the immigrants he is transporting from all over the Middle East-Se, Africa, Iraq, Iran, Afghanistan, Haiti, Somalia, Sudan, Eritrea, Congo, Cuba and so on.

Listen to this shocking and frightening interview: