UNBELIEVABLE: Obamnesty Extended to Allow In Relatives Of Illegals 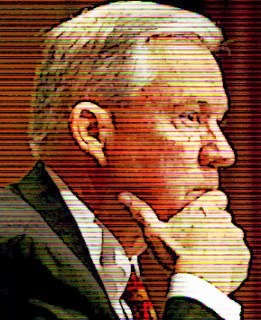 “One of the President’s most shocking unilateral actions is his chain migration program for the relatives of illegal immigrants. Guidance issued yesterday from USCIS declares that many illegal immigrants’ foreign relatives may legally join them in the U.S. Under this decree, the Administration is allowing the Central American relatives of those covered by the President’s amnesty order to come to the U.S. as ‘refugees’ or ‘parolees.’

In effect, the President’s answer to the ongoing run on the border is to order government officials to transport many of those same individuals from Central America into the U.S. with lawful paperwork and guaranteed access to federal benefits.

This government-ordered amnesty chain migration will impose enormous costs on federal taxpayers and jobseekers, as those who arrive as refugees will be able to receive automatic federal benefits. We must be taking action to reduce the incentive to enter the country illegally. Helping illegal immigrants bring their relatives here as refugees only provides further incentive for illegal immigration. More broadly, we must be taking steps to curb the flow of unskilled labor and help families already living here—whether past immigrants or U.S.-born—find good jobs, good schools, and thriving communities.”

[NOTE: The U.S. currently admits 1 million permanent immigrants each year along with 70,000 refugees and asylees. According to Gallup, Americans want to see record immigration reduced, not increased, by a 2-1 margin.]

Emphases added. As far as I can see, this story has been picked up nowhere in the MSM.

Why is no one stopping this monster? There is going to be a breaking point and I hope the American people will march on Washington and throw them out. They are all despicable.

The Gallop poll asks whether Americans think immigration should be increased, decreased, or remain the same.

I think the response of many more Americans would have opposed the ILLEGAL IMMIGRATION level we have now.

Whoever "we the people" are today, it looks as if the powers-that-be have decided to "dissolve" us and create a new people.