Most economists see immigration policy as a matter of trade-offs. No matter which policy we choose, there will always be winners and losers, and our political values help us decide how to weigh those competing interests. For some advocates of mass immigration, however, there seems to be no recognition of trade-offs at all. They have developed talking points that falsely portray immigration as a win-win for everyone involved. 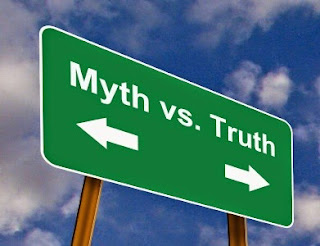 Take Roque Planas's list of supposed "myths" about immigration recently featured in the Huffington Post. Mr. Planas asserts that, contrary to "myth", immigrants do not actually drive down the wages or decrease job opportunities for native-born workers. It's a strange argument. After all, for those who tout the economic benefits of low-skill immigration, downward wage pressure is a feature, not a bug. Immigrants drive down the prevailing wage, thus decreasing the cost of production and lowering the prices of goods and services. If immigration did not drop the wages of some workers, then costs would not be lowered, natives could not benefit, and one would wonder why Mr. Planas and his allies want to expand immigration at all.

In truth, there is an economic trade-off here: Consumers and owners of capital benefit from low-skill immigration, while low-skill workers suffer. As noted above, how we weigh those competing interests depends on our political values. Pretending the trade-offs do not exist will not help us come to any reasonable conclusions.

Readers may notice that Mr. Planas claimed that immigration does not affect the wages of "native-born" workers. He is hinting at a favorite argument of open-borders advocates, which is that immigrants compete for wages and jobs only with other immigrants, thus leaving natives unaffected. Even if correct — it is not — the argument presupposes that foreign-born U.S. residents who are mostly naturalized citizens or legal immigrants count for less than native-born residents. If that is what Mr. Planas thinks he should at least say so.

Philosophy aside, the claim that immigrants do not compete with natives is not supportable. Native-born Americans make up a substantial fraction of workers in every major occupation, suggesting that there are few if any "jobs Americans won't do". Low-skill immigrants and low-skill natives are effectively substitutes in the labor market, meaning that new immigrants put downward pressure on the wages of natives and prior immigrants alike.

Another "myth" that Mr. Planas lists is the claim that immigration does not cost natives jobs. It is true, of course, that the number of available jobs varies with economic conditions, so there is no simple one-to-one relationship between immigration and native job losses. Nevertheless, there are several ways in which low-skill immigration might cause fewer natives to participate in the workforce. Given that immigration tends to lower wages for similarly skilled natives, the prevailing wage for a given job may drop below the level that makes labor seem worthwhile for natives.

Other academic studies have also found that immigration reduces job opportunities for natives. In its 1997 study of California, the Rand Corporation concluded that in that state alone competition with immigrants for jobs caused between 128,200 and 194,000 native-born workers in the state to withdraw from the workforce. A more recent analysis by Federal Reserve economist Christopher Smith in the Journal of Labor Economics found that immigration reduces the employment of U.S.-born teenagers. This is consistent with work by Sum, Harrington, and Khatiwada showing the immigration has a significant negative impact on the employment of younger workers. Putting aside the research, we can say that the very high level of immigration 2000 to 2014 coincided with a long-term decline in the employment rate and labor force participation rate of the native-born.

The remaining "myths" involve the fiscal impact of illegal immigration, which Mr. Planas claims is positive, since illegal immigrants pay taxes and supposedly use little welfare. This reflects a fundamental misunderstanding of our redistributive system. Whether an American household —native or immigrant — is a net consumer or net contributor of tax dollars depends largely on the education of the household head. For example, a comprehensive study by the Heritage Foundation found that college-educated households paid, on average, $29,250 more in taxes (federal, state, and local) than they received in services, whereas households headed by high school dropouts paid $35,113 less in taxes compared to the services they received. Because illegal immigrants average only about a 10th-grade education, they will naturally be net tax consumers upon receiving amnesty, just as less-educated natives are net tax consumers.

The problem is not that immigrants avoid taxes or fail to work hard. We simply have a system that directs a lot of means-tested welfare spending at low-income households even when workers are present. Based on data from the 2011 Current Population Survey, one out of three immigrant-headed households with a worker present uses some form of welfare. Immigrants in these households are not lazy. They are merely benefiting, just as many less-educated natives do, from a highly redistributive welfare system. The more low-skill immigrants we admit, the more redistribution will take place.

Even without amnesty, illegal immigration still causes a net fiscal deficit. Households headed by illegal immigrants often use Medicaid, food stamps, WIC, and free school lunches. Much of those services are directed at the U.S.-born children of illegal immigrants, as Mr. Planas notes, but it's a distinction without much difference. If illegal immigrant parents take advantage of welfare programs to help raise their children, then they are using welfare at taxpayer expense, just as low-income native-born parents do. In addition, some services such as public schooling and emergency care are available to all residents regardless of legal status.

It would be nice if immigration really did offer the win-win scenario that Mr. Planas and others portray. But reality is much more complicated. Yes, immigration can increase economic efficiency. But it also lowers wages. It displaces some natives from work. It expands the welfare state. It causes fiscal deficits. These truths are uncomfortable for advocates of mass immigration, but that's no excuse for avoiding them.

When the Huffington Post folks start insisting on having a secure border before we start discussing immigration, I'll listen to them. Until then, they remind me of all the millionaire and billionaire elites flying their private jets to Global Warming meetings.