The former Chairman of the Falls Church, Virginia Democrat Party who has been charged with sexually molesting two young girls is now also accused of trying to hire a hit man to kill the young girls before they could tell police their story.

Loudoun County prosecutors say that Democrat Michael Gardner, who is about to stand trial for the molestation charges, tried to find a hit man while in prison. 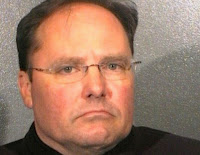 In a letter, received by authorities last month, the inmate told Gardner that he knew someone who could “help with ._._. the ‘3 problems’ you have pre-trial,” according to a motion filed by the prosecution on Thursday, allegedly referring to the two girls and a unspecified third issue. The letter was sent from the inmate in response to “multiple and specific conversations” Gardner allegedly had with the inmate, according to court papers.

Loudoun County prosecutor Nicole Wittmann said she did not know whether Gardner contacted a hit man.

Gardner was convicted in 2012 of molesting two girls, who were 9 and 10 at the time, during a slumber party for his daughter’s 10th birthday.

He was sentenced to 22 years in prison. Then his conviction was overturned by the state Supreme Court, which said the trial judge improperly stopped Gardner’s defense attorney from asking character witnesses about Gardner. He was granted a new trial.

If Gardner happened to be a Republican, he would dominate the national news for at least a month.

Is the author telling his readers that the Wahinton Post did not cover this story? Of course, we wouldn't expect the WP to carry the story---nor would we expect the NYT cover a similar story about a Democrat drom one of its suberbs.