What does this weird hand sign flashed by President Obama mean?

Is this hand sign, flashed by President Obama at the recent U.S.-African Leaders Summit, just a random gesture? Or does it have a deeper meaning? 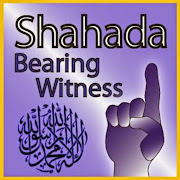 The Associated Press took this astonishing photo as the African dignitaries joined Obama, who hosted the event, in a State Department auditorium for a group photograph. It was published in an article in Britain’s Daily Mail, and it was the only use ever of the photo.

The one-finger display is the distinctive Muslim gang sign: The index finger points straight up while the thumb wraps underneath and presses against the digital phalange of the middle finger. The remaining fingers are squeezed against the palm in order to highlight the extended forefinger. The extended finger is symbolic of the one-God concept of Muhammad and is understood by all believers to be a symbolic shahada, the Muslim affirmation of faith: There is but one God and Muhammad is his messenger.

Don't worry. I'm sure it doesn't mean anything. That odd hand signal must have been just a weird affectation.

Just move along. Nothing to see here.

Allow me to extend a finger to express my appreciation of both Obama & Islam. You get to guess which finger.

It's hardly weird. This is the Muslim Brotherhood/Hamas hand sign. It points to "Allah".