Sent in by Dale. 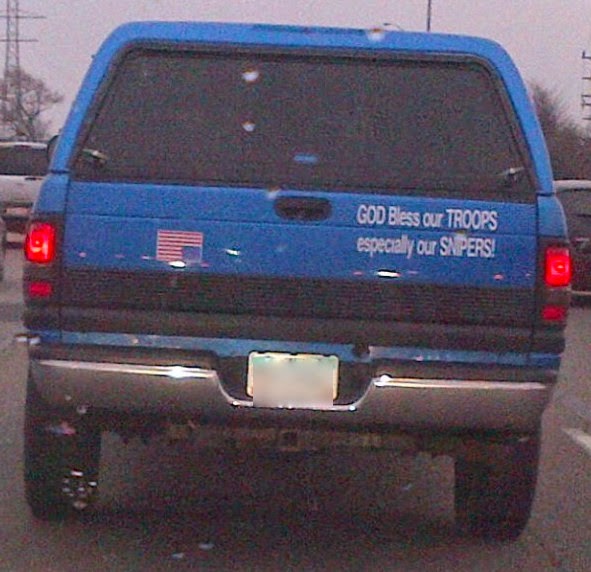 Speaking of snipers, some interesting facts about the silent warriors:

• Snipers are trained to shoot between heartbeats
• While Chris Kyle was the most prolific American sniper in history, a Finnish soldier named Simo Häyhä had 705 kills during the Russo-Finnish War of 1939-1940; he accomplished the feat in less than 100 days operating in temperatures as cold as -40 degrees
• The name 'sniper' derives from the 1770s, where "soldiers in British India coined the verb 'to snipe,' meaning a soldier was good enough of a shooter to kill an elusive bird called a Snipe"

A little over 500 of Simo Hayha's kills were confirmed sniper shots; the rest were accomplished with a submachine gun.

In the 100 days that he served in the Winter War before being invalided out when a Soviet sniper hit him in the jaw, there were fewer than 5 hours of daylight in Finland.

So on average Simo Hayha killed one Red Army soldier an hour during his service at the front. I don't think any other sniper in military history even comes close.

He retired after he was wounded, and I think he lived a good long life as a working dog trainer.