In a crushing economy, Obama administration has issued 6 million new work permits to aliens since 2009 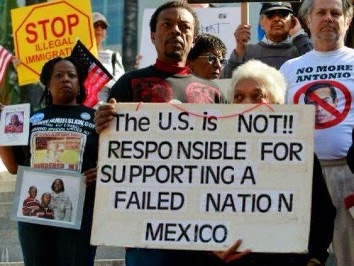 Government data reveal that about 5.5 million new work permits were issued to aliens from 2009 to 2014, above and beyond the number of new green card and temporary worker admissions in those years. This is a huge parallel immigrant work authorization system outside the limits set by Congress that inevitably impacts opportunities for U.S. workers, damages the integrity of the immigration system, and encourages illegal immigration.

...A huge number of work permits, 1.7 million, were issued to aliens whose status was unknown, not recorded by the adjudicator, or not disclosed by U.S. Citizenship and Immigration Services (USCIS), the agency that processes the applications. This should be a concern; work permits are gateway documents to driver's licenses and other benefits, and if the government agency issuing them does not know or will not disclose how the bearer arrived in the country how can others rely on the authenticity of an individual's identity? It is equally disconcerting if the government does know and chooses not to disclose it.

Yes, but Democrats are for the little people, right?