Obama Desperately Tries to Get Toothpaste Back in the Tube 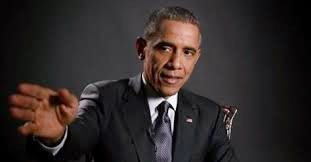 The dilemma the Obama Administration created when it chose not to identify Jihad of Islamic terrorists was graphically on display yesterday in daily press briefings at both the White House and State Department. This was in response to remarks by President Obama in a Vox.com interview when he spoke of “violent extremists” who “randomly shoot a bunch of folks in a deli in Paris." Josh Earnest, White House Press Spokesperson and Jen Psaki at the State Department Daily Press Briefing were questioned about who were the victims at the Hyper Cacher Kosher Supermarket when attacked by Jihadist, the late Amedy Coulibaly, meaning his four Jewish victims. The jihadist martyr has been the inspiration to thousands of foreign fighters like his common-law widow Hayat Boumeddiene to join up with the Islamic State in Syria. In the same Vox.com interview, the President also suggested that climate change was a worse threat than terrorism. We gather he may have been referring to victims like my relatives in snowbound Boston with over five feet of snow on the ground in the metro area. Why Earnest and Psaki were avoiding identifying the Paris Jewish victims of Jihad is a mystery especially since both French and US governments in press reports identified the Paris kosher supermarket attack as Antisemitic.

Here are excerpts from the transcripts of both Ms. Psaki’s and Mr. Earnest responses in yesterday’s State Department and White House Press Briefings courtesy of Omri Ceren of the Israel Project . H/T to Dan Friedman in Manhattan. This is like reading the embodiment of the Hans Christian Andersen’s children’s fable "The Emperor’s New Clothes," only painfully worse.


The talk of DC today has been about whether the President and his advisors understand that the terrorists who targeted the kosher deli in Paris were targeting Jews.


The controversy began with yesterday's publication of the recent President's Vox.com interview, in which he said that the shooters were people who " The description was taken as a little strange, and so inevitably both White House press secretary Josh Earnest and State Department spokesperson Jen Psaki got questions about it today. The full transcripts are below, but - bluntly - the answers are being taken as bizarre.


Matt Lee of AP [41:15]: Yesterday, the President at his news conference raised some eyebrows by saying that the victims of the shooting in Paris at the kosher deli were random. Your colleague at the White House has apparently said something similar today. Is that... really... Does the administration really believe that the victims of this attack were not singled out because they were of a particular faith?


Psaki: Well, as you know, I believe if I remember the victims specifically there were not all victims of one background or one nationality so I think what they mean by that is, I don't know that they spoke to the targeting of the grocery store or that specifically but the individuals who were impacted.


Lee: I mean, right but when the Secretary went and paid respects to it he was with a member of the Jewish community there.


Psaki: Naturally, given that is the grocery store is one that...


Lee: Well don't you think that the target, even if all, even if the victims came from different backgrounds or different religions, different nationalities, the store itself was the target. Was it not?


Psaki: But that's different than the individuals being – I don't have any more to really...


Lee : Does the administration believe this was an anti-Jewish or an attack on the Jewish community in Paris?


Psaki: I don't think we're going to speak on behalf of French authorities and what they believe was the situation at play here.


Lee: Yeah, but if a guy goes into a kosher market and starts shooting it up, you don't - he's not looking for Buddhists is he?


Psaki: Well again, Matt, I think it's relevant that obviously the individuals in there who were shopping and working at the store....


Lee: Who does the administration expect shops at a kosher deli? I mean I might but you know... an attacker going into a store that is clearly identified as being one of, as identified with one specific faith, I'm not sure I can understand how it is that you can't say this was a targeted attack.


Psaki: I just don't have more for you, Matt. It's an issue for the French government to address.


Earnest: John, it is clear from the terrorists and some of the writings that they put out afterwards what their motivation was. The adverb that the President chose was used to indicate that the individuals who were killed in that terrible tragic incident were killed not because of who they were, but because of where they randomly happened to be.


Earnest: John, these individuals were not targeted by name. This is the point.


Question: Not by name, but by religion, were they not?


Earnest: Well, John, there were people other than just Jews who were in that deli.


Earnest [overlapping]: No, John. No, John. I answered the question once. No. Ed.


Question: So then why didn't the President acknowledge that? If he knows that and it's obvious, why didn't he say that? He had a long –


Earnest: Because the President has announced it on many occasions when he's had the opportunity to speak about this incident.

This, THIS is our GD government??? Christ on a crutch, it just gets more and more pitiful
MM

The victims at the Deli did not die because of Islamic terrorism.
Nor were they killed by Muslims.
They were killed by bullets.
And we all know that bullets are intimate objects and are incapable of belonging to any particular religion.