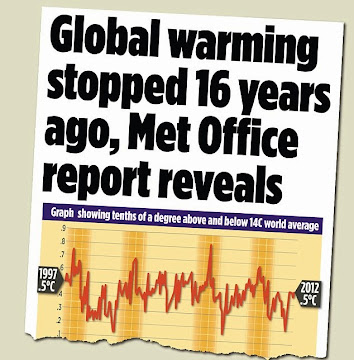 “In light of the difficulties in attributing specific climate impacts to individual projects, [Council on Environmental Quality] recommends agencies use the projected [greenhouse gas] emissions and also, when appropriate, potential changes in carbon sequestration and storage, as the proxy for assessing a proposed action’s potential climate change impacts,” the White House wrote in its guidance federal regulatory agencies conducting environmental reviews.

Why is that? Federal environmental assessments will likely show regulations have a negligible impact on the environment in terms of temperature rises, sea level rises and such — indeed if every industrialized country stopped emitting carbon dioxide tomorrow, temperatures would only be reduced 0.21 degrees Celsius by 2100.

“CEQ recognizes that many agency [National Environmental Policy Act] analyses to date have concluded that [greenhouse gas] emissions from an individual agency action will have small, if any, potential climate change effects,” the White House wrote.

Basically the White House is telling agencies not to make any predictions about how much an individual project or program will impact the environment through global warming because there’s too much uncertainty.

“In other words, it would prove that the assessment of climate change impacts of federal actions, as directed by the CEQ, to be a complete and utter waste of time,” writes Patrick Michaels and Chip Knappenberger, climate scientists with the libertarian Cato Institute.

The Cato scientists argue the White House’s order to agencies not to consider the actual environmental impacts of global warming allows the government to hide how little its actions will actually impact the climate.

Michaels and Knappenberger say climate models, which the federal government has spent billions of dollars developing, can be used to quantify the environmental impacts from higher carbon dioxide emissions.

But what the Obama administration doesn’t want you to see is just how small an impact individual federal actions will have on temperature increases, sea level rises, precipitation and other factors.

“So instead of assessing actual climate impacts (of which there are none) of federal actions, the CEQ directs agencies to cast the effect in terms of greenhouse gas emissions—which can be used for all sorts of mischief,” write Michaels and Knappenberger. “For example, see how the EPA uses greenhouse gas emissions instead of climate change to promote its regulations limiting carbon dioxide emissions from power plants.”

Even if the EPA got rid of carbon dioxide from all power plants currently operating, global temperature rises by 0.03 degrees Celsius by 2100.

“Government action occurs incrementally, program-by-program and step-by-step, and climate impacts are not attributable to any single action, but are exacerbated by a series of smaller decisions, including decisions made by the government,” the White House wrote.

“Therefore, the statement that emissions from a government action or approval represent only a small fraction of global emissions is more a statement about the nature of the climate change challenge, and is not an appropriate basis for deciding whether to consider climate impacts under [the National Environmental Policy Act],” the White House added.