"Anthropogenic Global Warming: Why I left the Religion"

Superb post at Small Dead Animals by Dr. Kyla Dillard, who explains in layman's terms why she abandoned her belief in man-caused global warming (or AGW). Some key graphs (emphases mine):

Because as a scientist, I can do the math. How do you explain the 18 years of zero temperature increases, when CO2 levels have continued to rise?

The computer model predictions have all failed, every single one of them. 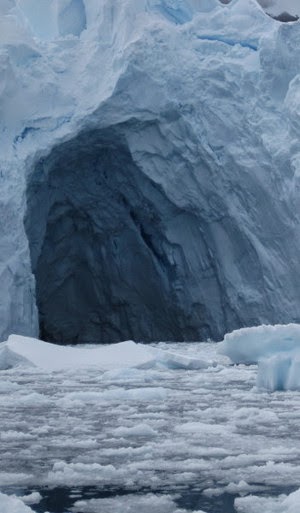 I recommend Watts Up With That You can read the studies, they give all the links and analysis there.

Please don't Google 'deniers' & run back to me saying that it is not a credible site, go see the studies, the math, & the manipulation of data for yourself. Because there are literally trillions of dollars at stake, so of course there is a vested interest in keeping this thing going. If you disagree with something I say, quote me exactly which sentences you disagree with, then show me the actual research that contradicts what I have said.

Follow the money [and] you will see where the truth lies. Say it were true: If you believe that humans cause climate change, how does moving vast quantities of money help that? Exactly how would a carbon tax help and exactly when would we see the verification of that?

Australia's carbon tax was to take $139 billion out of the pockets of the taxpayers. Had it been successful, it was supposed to reduce CO2 from the atmosphere from 412 parts per million (ppm) all the way down to 411.87 ppm.

That would have been a reduction of 13/100 of a part per million. It is imperceptible The computer model predictions have ALL failed, yet people want other people, poor people, to die today due to lack of cheap energy and clean water.

...If there were no harm associated with the "green" policies, then it would not matter, but people are actually being harmed right now by energy poverty. People in Germany are illegally cutting wood in the historic Black Forest, just to heat their homes and stay alive. People are being forced to decide between heat and food, due to the massive increases in energy prices in Ontario, so that we can pay 15x the market rate for wind electricity and be forced to pay the Americans to take our excess electricity. Meanwhile, the only true green energy in Canada; hydroelectric power, has to be shut down to keep from destabilizing the grid when the wind is blowing. That's right, water is diverted from the turbines at Niagara Falls, so you can pay 15x the rate to subsidize big green. Don't lie to yourself, those are not wind farms, they are not farming the wind, they are farming the subsidies and taking money out of your pocket by theft.

...I cannot fault anyone for buying into this, originally, I had too. The news media has been hard selling it for years. When you do an internet search and most of the results tell you something is true, does that mean that it is true? You may get angry with me for suggesting that you have been duped, so go do the math and research for yourselves. Is it possible that you have been lied to? When they give a stat like: 97% of all scientists agree, it sounds compelling. Isn't it interesting how that study looked at 10,000 papers and out of those, only chose 70 something to claim a 97% consensus from?

...BTW, I've been to the Antarctic peninsula, it is not melting. Gore went there in 2012 to prove how much had melted, notice that he never followed up on that?

As they say on the real blogs, read the whole thing, if for no other reason than its excellent denouement of Al Gore.

I support science, the process of careful data collection and experiment followed by a transparent release of data, code, and plain argument. Real science is sceptical. It rejects fuzzy argument and unsupported or unrepeatable claims. History shows that anything less leads to costly error.

Claims about catastrophic global warming rely on a few facts about carbon dioxide and direct warming, and a pile of speculation, models, and government manipulation. Most of climate science is not science. Publishing only a graph is scientifical, not science.

I trust in results produced by a group of skeptical and independent scientists attempting to disprove/improve on the theories floating around. Government climate scientists embrace one result but not one model, and they obscure the data leading to their conclusions. That is a cabal, not a scientific community.

It is ridiculous to trust in the integrity of a "scientific community" or "peer review" where prominent members of academic and government institutions announce they are willing to lie for the supposed good of the peasants.

The models are complex, Dr. Mann won't release his data, and manipulations of peer-reviewed, published graphs to "hide the decline" are explained as unfortunate limitations of space. The warmists have no credibiility, meaning that there is no reason to believe anything they say which is not supported in transparent detail. They are revolutionaries or true believers, not scientists.

One might argue that these liars are only a few. If so, why aren't the rest denouncing them, proclaiming proudly that the data is what counts, proclaiming that exaggeration and lying are not needed? Their silence demeans the global warming community and their science.

( http://pjmedia.com/eddriscoll/2012/03/03/unless-we-announce-disasters-no-one-will-listen/ )
Lying for climate change
3/3/12 - Ed Driscoll   [edited]
=== ===
It is a fascinating development when people admit that they are lying for their cause.

•  Prof. Chris Folland, Hadley Centre for Climate Prediction and Research
“The data doesn’t matter. We’re not basing our recommendations on the data. We’re basing them on the climate models.”

•  Paul Watson, Co-founder of Greenpeace
“It doesn’t matter what is true, it only matters what people believe is true.”

•  Sir John Houghton, First chairman of the IPCC
“Unless we announce disasters no one will listen.”

•  Christine Stewart, former Canadian Minister of the Environment
“No matter if the science of global warming is all phony … climate change provides the greatest opportunity to bring about justice and equality in the world.”
=== ===

The global warming scare is political, not scientific. It represents an old political ploy. When you scare the sheep, they are more willing to be sheared.

There can be no discussion with liars. It is worse when the liars claim the status of learned, dispationate science, and then tell you that your peasant mind should just believe, because you can never match the facts to their models. You are not allowed to question their models because they were never designed to be questioned.

It does not surprise me that an average person cannot directly evaluate the claims and models. It amazes me that the average person can't tell when they are being lied to, even when the liars say it right out and have the shears (tax schemes) in their hands.