The layoffs of IT workers at Southern California Edison (SCE) has drawn the attention of U.S. Rep. Darrell Issa, (R-Calif.), who called reports that the H-1B visa program is being used to replace part of SCE's workforce "deeply disturbing." 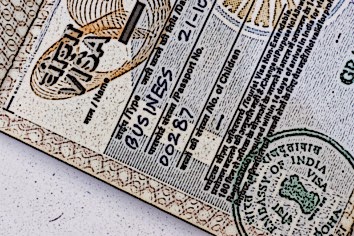 "Based on the information currently available, this appears to be an example of precisely what the H-1B visa is not intended to be: a program to simply replace American workers en masse with cheap labor from overseas," Issa said in a statement released late Friday.

The utility, southern California's largest, is cutting about 500 IT workers, 100 of them through voluntary departures and others through layoffs. IT employees say H-1B visa holders, working for the two outsourcers on the project, Infosys and Tata Consultancy Services -- both based in India -- are replacing them.

...Issa said that current law "requires that an employer certify that the hiring of an H-1B applicant 'will not adversely affect the working conditions of workers similarly employed,' in keeping with the program's intent of injecting new talent into the economy, rather than merely replacing current workers with lower paid counterparts."

Issa also wrote, "I urge Southern California Edison to be forthcoming in releasing information about the process behind this decision, and I look forward to a thorough and transparent account of what attempts were made to ensure this major hiring decision adheres to the very clear statutes outlining the intended structure of the H-1B visa program."

Which reminds me: The Incoherent Idiocy of Jeb Bush.

They've drawn the attention of Darrell Issa? Well, then they have nothing to worry about.