Officials in Southern California prepare for inevitable nuclear attack, thanks to SmartPower™ policies of Obama, Clinton and Holder

Given an administration that coddles terrorists, cozies up to nutcases like Kim Jong-Il and wink-winks at a nuclear Iran, these preparations seem sensible.

...local officials are inventorying hundreds of old bomb and fallout shelters as part of their preparations for a "radiological or nuclear event"... Los Angeles and other metropolitan areas are drafting emergency plans while federal agencies study how to prepare the public for what county public health Director Jonathan Fielding describes as a "low-likelihood, huge-consequences event."


His department hosted a workshop earlier this month for the emergency operations staff of the county's 88 cities in preparation for "Golden Phoenix," an exercise scheduled for June 2010 that simulates the scenario of a 10-kiloton nuclear device detonated in Los Angeles... "We think this is a great opportunity for us to open a dialogue with the 88 cities so they can begin to amend their emergency plans to include planning for a nuclear device."

...Interest in such civil defense activities was renewed in recent years amid fears that a terrorist group or rogue nation like Iran or North Korea might gain access to nuclear weapons. 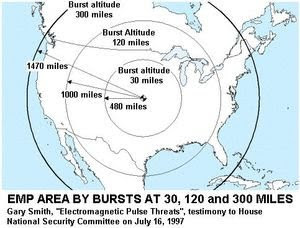 The federal Homeland Security Council is urging state and local governments to prepare in the event of a nuclear detonation in a major city.

And Matthew Chandler, a spokesman for the U.S. Department of Homeland Security, said the Federal Emergency Management Agency is studying how to incorporate a nuclear detonation scenario into a citizen preparedness campaign.

...Experts are also concerned about nuclear threats posed by Iran and North Korea and, to a lesser extent, China and Russia. The president of Iran has threatened to wipe Israel off the map and experts believe North Korea has missiles that can hit the West Coast.

"The West Coast of the U.S. has limited missile defense against a North Korean missile," Kennedy said. "And, unfortunately, we're almost completely vulnerable to a ship-launched ballistic missile attack."

Kennedy is also concerned a ship-launched nuclear missile detonated at a high altitude would create an electromagnetic pulse, possibly destroying electronic equipment and knocking out the nation's power grid - leaving the country with little or no communications and no ability to provide food and water to potentially hundreds of millions of people. 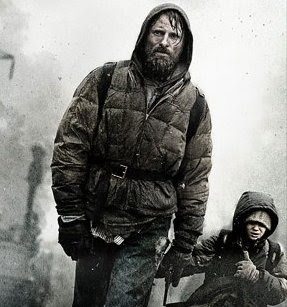 Congressional reports suggest such an attack could result in more than 100 million deaths in a year, said Sharon Packer, executive director of the American Civil Defense Association.

...Ken Kondo, spokesman for the county's Office of Emergency Management, said the recent 50th anniversary of the county's Civil Defense program piqued a lot of interest in the shelters, along with the post-apocalyptic films, "The Road" starring Viggo Mortensen and "The Book of Eli" starring Denzel Washington, slated for release in January.

"Hollywood is raising awareness about the aftermath of a mega disaster and what needs to be done to survive," Kondo said.

"So to Hollywood, we say, `Thank you.' Now it's up to us to start to locate and find these fallout and bomb shelters and make preparations and plans to utilize them in the event that people need to take shelter because of a terrorist attack or man-made event."

Cheering news, but not unexpected from the hard left Democrats that support, enable and appease world despotism.

Because Barry can't get the job done we are supposed to accept being bombed. But, maybe it's his way of helping us be more humble.

Heaven has inspired your enemies to use up their arsenals against you.

Deuteronomy 32:39
Learn then that I, I alone, am God, and there is no god besides me. It is I who bring both death and life, I who inflict wounds and heal them, and from my hand there is no rescue.

Frankly, you messed with Heaven, and so it's time to bid farewell to the American experiment.