Word around the Beltway has it that the GOP has drastically scaled back its proposed spending cuts, which have shriveled from $100 to $32 billion.

Republicans controlling the House are promising to wring $32 billion from the 2011 budget in their drive to bring domestic spending back to the levels in place before President Barack Obama took office... House Budget Committee Chairman Paul Ryan announced the move as Republicans gird for their first exercise in cutting domestic agencies' budgets by almost 20 percent over the upcoming year.

The cuts would bring dramatic changes to agencies used to budget boosts during Obama's first two years in office. The White House has vowed to fight them.

Republicans made a campaign promise to cut $100 billion from Obama's request for domestic agencies, such as the Department of Education, for the budget year that began in October. But with the year already under way, they're falling short of that...

I can't believe -- after the massive, Tea Party-led insurrection at the polls -- that establishment Republicans would be this timid. 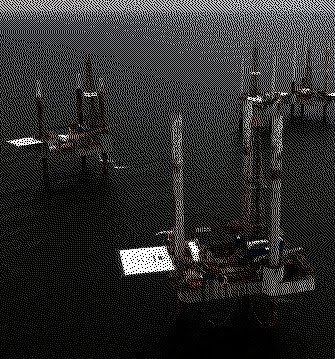 And for next year, the lawless Obama administration has provided ample rationale for for massive cuts: the out-of-control, unelected bureaucracies are defying court orders and threatening a constitutional crisis.

• First, HHS continues to implement a law which a federal court vaporized after finding it unconstitutional. Experts believe such an action is a felony, punishable by up to ten years in prison

• Second, the Department of the Interior was found in contempt of court on Wednesday by defying a judge's order to lift the oil drilling moratorium in the Gulf of Mexico

The Interior Department and HHS will find it much more difficult to wreak havoc on the American public when they have no money.

Dear House Republicans: grow a few sets and start grabbing the power voters delivered to you last November. The time for action is now. Make your case: the American people are behind you.