A document drop by LulzSec has revealed an ominous bulletin from police officials in Tucson, Arizona. In short, law enforcement is advised to be on the lookout for Hezbollah terrorists operating in the traditional smuggling corridors on our (wide-open) southern border with Mexico.

Presence in the Tri-Border Region 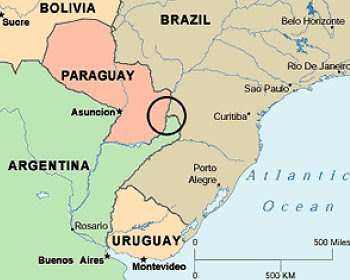 Made up of Puerto Iguazu, Argentina; Foz do Iguazu, Brazil; and Ciudad del Este, Paraguay, the area in South America known as the Tri-Border area (TBA), has long been considered a safe haven for organized crime and Islamic terrorist networks, including Hezbollah. As of 2002, the population of the TBA reached 630,000 of which approximately 25,000 were Arab or of Arab descent. Illegal activity in the region includes counterfeiting, money laundering, and the easy acquisition of false documents. The recent arrest of Moussa Ali Hamdan [arrested in Ciudad del Este, Paraguay, for conspiring to provide material support to Hezbollah] confirms Hezbollah’s continued presence in the region.

Based on a study done by Georgetown University, the number of immigrants from Lebanon and Syria living in Mexico exceeds 200,000. Along with Iran, Syria is one of Hezbollah’s strongest financial and political supporters, and Lebanon is its country of origin.

In July of this year, Mexican authorities arrested Jameel Nasr in Tijuana, Baja California. Nasr was alleged to be tasked with establishing the Hezbollah network in Mexico and throughout South America.

In April of last year, the arrest of Jamal Yousef – in New York City - exposed a weapons cache of 100 M-16 assault rifles, 100 AR-15 rifles, 2,500 hand grenades, C4 explosives and antitank munitions. According to Yousef, the weapons, which were being stored in Mexico, had been stolen from Iraq with the help of his cousin who was a member of Hezbollah.

Recent incidents involving the use of VBIED’s in Mexico mark a significant change in tactics employed by DTO’s and conjures images expected to be seen in the Middle East. While no connection has been made, Hezbollah’s extensive use of VBIED’s raises strong suspicion concerning a possible relation to Mexico’s DTO’s. 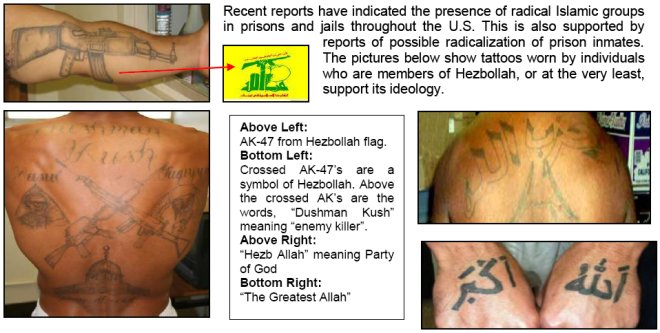 But, by all means, Democrats: let's not build a secure border fence on our southern border.

Because what could possibly go wrong with Hezbollah terrorists, who are assisting Mexican drug cartels, which have been armed and equipped by Eric Holder's Department of Justice?

Linked by: The Tatler, The Jawa Report, Atlas Shrugs, JihadWatch and Memeorandum. Thanks!

Hey, that area in Paraguay near the borders of Argentina and Brazil is the same location where George W. Bush owns 90,000 acres.
.
So what's the worry?
Looks like Hezbolla picked the wrong neighborhood!

It is the Shia’a –Shiiets(IRAN and Hezboallah organization ) which is a political intellectual organization in the religious robe with the goal of an expansionist to control the world in order to achieve the main objective of their presence as they describe themselves as slaves to the (Hidden Emam Mahdi)(1) who is imprisoned in the basement since 1200 years ago! As they believes, this Emam who has the qualities of the Lord in the dissemination of justice in the world after the injustice that will spread by America and tyrants as what found in their historical resource. And they will invasion the world and Shia’a religion will win through the brainwashing that is being done to the followers of this religion which is consolidation of hate to the other religious follower since childhood through false historic stories claim beyond belief to achieve their goal, for those who have a mind and by use the( tuqiya)(2)which allow them to hide their basic principal faith and to pretend opposite of what they are really belief to achieve their goal , all of this is a continuous and intensive impact on the emotions by the use of singing words.

Which is reject the principles of deism to the Lord(3) , in the Shia’a ceremonies funerals- which is Glorify historical false events(4) and Shia’a Institutes which can gather and compilation their followers of different ages and races, classes and educational levels within minutes by an enormous contact network internationally also With the publication of black flags symbolizing the sectarian hatred of anyone who is non-Shi'ite . Add to this the ever-increasing numbers to enter into this religion through publication in various continents (5)(Spread Shia’a in South America and Africa through shia'as Lebanese dealers )

And also silent on Iran's nuclear program is only the first step in the planned Iranian Shiite to invasion the world because they are looking to Iran's race to be the best and the finest people on earth.

The highest degree of caution is required and rapid because Iran's agents in the world recruits for the implementation of Iran's plan of expansion, which represents the main objective for the presence of Shi'a’a Iran, and by extension the loyalty of Shiites in all countries of the world to the presence of Iran in order to achieve the objective doctrinal release before the Shia’a holy Mahdi, the hidden imprisoned in the basement since 1200 years and therefore has been devoted to the masses of Shiites intellectually awe And sanctification at the mention of the hidden Imam Mahdi.

Given that people are Shiite control over it through the theory of clerical rule and thus blind to obey all the commands issued to the consecration of clerical rule( Wilayat al Faqih ) (6)and be dangerous in the recruitment of millions of Shia’a suicide bombers as soldiers and servants of the hidden Mahdi.
And logical analysis finds that there's no countries, whether Western or Eastern distant from the outbreak of the terrorist acts carried out as planned need to secure Shia’a ideology as a political organization to be achieved extremist violence and terrorism after tightening control on the target country, as happened in Iraq since 2003, Lebanon, Syria, Yamen,Bahrain, kuwait and other Gulf States as planned in the near future.

Has filled the coffers of the U.S. and the Bank from the funds of countries that faced the risk of Iranian nuclear bomb, but very soon suffer the U.S. and Britain, in particular the consequences of harboring Shia in their home countries after their discovery of the spread of religion Shiite stealthily in the dark, as happened in the States which sympathized with the Shiites and has housed them as good citizens, It was then, without warning, the occupation of these countries have been intellectually, socially and economically from Iran and Hezboallah and its agents


Thanks for every one and thanks for the all politicians in America and in all European countries, who facilitated the task of Shiite Iran in the terrorist tide as a Gift to the American people and Europe people and to the rest of the world’s people.