U.S. employers added 18,000 workers in June, less than forecast and the fewest in nine months, while the unemployment rate unexpectedly climbed, indicating a struggling labor market. 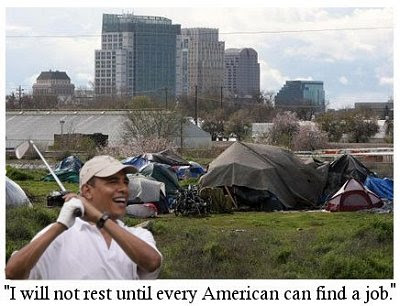 The increase in payrolls followed a 25,000 gain that was less than half the rise initially estimated, Labor Department data showed today in Washington. The median estimate in a Bloomberg News survey called for a June gain of 105,000. The unemployment rate rose to 9.2 percent, the highest level this year. Hiring by companies, which excludes government agencies, was the weakest since May 2010.

...The jobless rate rose even as the participation rate declined to 64.1 percent, the lowest since March 1984. The household survey showed a 445,000 decrease in employment and a 173,000 increase in unemployment.

Average hourly earnings fell 1 cent to $22.99, today’s report showed. The average work week for all workers dropped to 34.3 hours, from 34.4 hours the prior month...

The so-called underemployment rate -- which includes part- time workers who’d prefer a full-time position and people who want work but have given up looking -- increased to 16.2 percent from 15.8 percent.

Tyler Durden puts it in simple terms -- hopefully sufficiently simple for the liberal drones who might be reading along: "Absolute disaster. ...There is no sugarcoating this report. Absolutely abysmal." and:

This chart needs no commentary. At 64.1%, the Labor Force Paritipcation rate just dropped to a fresh 25 year low: the civilian labor force declined by 272K from 153,693 to 153,421. And tangentially, the employment to population ratio also slumped to a multi decade low of 58.2%. Gee, this "jobs reports" is pretty much of an epic fail all the way around.

Can we get our trillion dollars back?

Er, if Americans are looking for jobs created by the "stimulus", they need to go south of the border. A very successful "stimulus" program has been, and will continue to be, Operation Gunrunner. As planned, the program caused the homocide rate to skyrocket in Mexico. Mexico needs undertakers, morticians, and grave diggers. Americans looking for work should move to Mexico. That is where the "stimulus" is producing results.

MR. EASTLA said...
This comment has been removed by the author.
2:40 PM

This presidency has been an epic failure feel sorry for the man.