10 Worst Technology Predictions of All Time

Writing at LaptopMag, Mark Spoonauer offers the following list, which I've summarized here along with some additional commentary.

10. “There’s no chance that the iPhone is going to get any significant market share.” --Steve Ballmer, Microsoft CEO (April 2007). Talk about a patient board of directors. Under Ballmer's stewardship, MSFT appears to have whiffed on every significant consumer technology trend over the last 10 or 15 years. 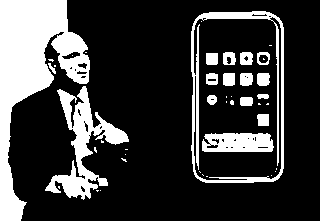 9. “There is no reason anyone would want a computer in their home.” --Ken Olson, president Digital Equipment Corp (1977). Not long after, DEC was toast, forced into a merger with Compaq to survive.

7. “Within the next two decades autos will be made with folding wings.” --Eddie Rickenbacker, pilot (1924). Rickenbacker, the famed World War I ace, might have been off by a century or so.

1. “I predict the Internet in 1996 [will] catastrophically collapse.” --Robert Metcalfe (1995). Metcalfe, one of the inventors of the Internet, appears to have underestimated his own child.

at 10:08 PM
Email ThisBlogThis!Share to TwitterShare to FacebookShare to Pinterest
Labels: Engineering, Scitech

I think they over looked some biggies: Sears, Heath, and others--catalog sales will evaporate, e.g.
a few seconds ago · Like