A Country of Sheep

The word tyranny is thrown around rather carelessly, especially when politicians invoke it. When Bush was president, it was a popular Democrat word. With Obama in office, it is used as frequently, but now by Republicans and rarely by Democrats. Tyranny and accusations of it are serious. Sadly, politicians use it whenever they disagree with the policies of the opposing party. 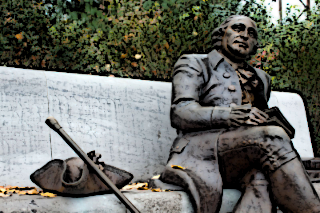 True tyranny is serious and should not be used as a tool to smear political opponents. It is a specific condition, one which the Founders found serious enough to initiate a revolt against England.

Now it is used more as political invective than in its true meaning. Sadly, the politicians who bandy the word about for advantage are unaware of true tyranny or are in fact guilty of committing it.

Distorting words or misunderstanding them, however, does not alter the consequences of the acts. It is important to understand the true meaning of the word itself.

The Free Dictionary provides the following definitions of tyranny:

1. arbitrary or unrestrained exercise of power; despotic abuse of authority.
2. the government or rule of a tyrant.
3. a state ruled by a tyrant.
4. oppressive or unjust government.
5. undue severity or harshness.
6. a tyrannical act.

“Arbitrary or unrestrained exercise of power; despotic abuse of authority,” is the appropriate description. The other definitions are either somewhat circular or open to the subjectiveness that politicians love. The key phrase is “despotic abuse of authority.” Tyranny requires a person in a position of authority to exceed what he/she has been authorized to do. Unpopular actions or decisions may not be wise politically, but they do not qualify as tyranny unless authority boundaries are exceeded.
Without defined constraints there can be no tyranny. Acts may be foolish or even illegal but that does not necessarily qualify them as tyranny. In a land of savages with no rules or conventions, tyranny would be impossible. Bad or cruel behavior would have to suffice to describe abnormal actions.

Tyranny and The United States

The Founding Fathers knew the dangers of power and were especially concerned about preventing abuses. They established boundaries beyond which government and its agents were not to exceed. These constraints were codified by laws, a government made up of three equal branches and strong independent states. The Constitution provided the initial laws and defined allocation of power and responsibility among the branches of government and the federal and state governments.

Over the course of more than two centuries, these constraints have been under assault by those desiring more power. Time and opportunists have seriously eroded the original intentions and boundaries. Each violation made it easier to commit the next one and then the next. Each boundary crossing represented an act of tyranny. Some arguably were small and benign. But small abuses accumulate and pave the way for larger ones. Over time erosion can be devastating.

The history of government in the US, as elsewhere where freedom emerged, was a history of success based on freedom and individual responsibility. There is no part of the world, even those richest in natural resources, where comparable wealth, opportunity and standards of living have ever emerged. That is the nature and outcome of free markets and free men.

That part of US history is over. For decades this country has seen continuing and accelerating replacement of rights and freedoms with government controls and regulations. Utopian egalitarians have been in charge of government for decades. These do-gooders believe they know how to improve society. Unfortunately for them, their grand plans and schemes were unpopular and/or illegal within the legal framework of the country. To allow their vision to be applied required coercion and tyranny.

After decades of attacks against the Constitution and laws consistent with it, they have overcome most of the constraints. Just as most of the last century was marked by advancing freedoms and wealth, this century will be one of regression. The repressive forces of tyranny are slowly depleting the essence of America and other developed Western countries. The effect is to reverse the progress made by a proud nation to one that will be increasingly characterized by mediocrity and poverty.

Historians in the future will use the concept of freedom to explain America’s decline. Just as increasing freedoms brought success, the diminution of this freedom (tyranny) will eventually be used to explain the downfall. The fall of freedom is the same as the rise of tyranny.

It is a mistake to believe that President Obama (or President Bush) is solely responsible for tyranny. Tyranny is never achieved by one person. Tyranny is a process. After some critical point, it becomes possible for one person to complete the job. The policies of Bismarck began the process that ended in more than a half-century later in a Hitler.

Obama is not Hitler. Hopefully no one ever sees a monster like that again. However, Obama’s tyranny makes it easier for such a person to arise. His reign has accelerated matters (as did Bush before him). Sher Zieve in the Canada Free Press provides a perspective on how far tyranny has progressed in the US:

Living Under Tyranny and the Solidification of the Obama Dictatorship

The Obama dictatorship is virtually complete. Since he began the occupation of what was once our White House, the dictator-in-chief has been busy writing one Executive Order after another designed to replace US law…with ObamaLaw.

Under normal and saner times, these EOs would mean little-to-nothing because the checks and balances of co-equal branches of government would render them null and void if they flew in the face of Constitutional law. But, today, insanity is reigning supreme.

Note: For those of you raised in the government public school systems over the last three decades, the US Congress (which includes the House of Representatives and the Senate) and SCOTUS (the Supreme Court of the United States of America) are co-equal (under the US Constitution) with and to the Executive branch and each of the three branches of the US federal government

legally carries 1/3 each of the power to run said government.

Mr. Zieve correctly blames Obama and the feckless Congress that refuses to stop him. Both clearly violate their oaths to support and enforce the Constitution.

The Process of Tyranny

Tyranny, even when discussing villains like Hitler, Mao and Stalin, does not have a single pedigree. Tyranny is a process, rarely gained via force until the defense mechanism of the host is destroyed. Hitler took seed in the ideas of Otto von Bismarck which preceded him by more than half a century.

The process is well underway in America. Its defenses against tyranny have been weakened making it ripe for demagogues and tyrants. Politics attracts the power hungry. Weakness makes it possible for the tyrannical and sociopathic to gain control. If we survive Obama, which I expect we will, it will be in a further weakened condition than the one which enabled him to rise to power.

Obama is merely a name, a speck in history. If it were not him now it would be some other soon. Whether Mr. Obama dreams of dictatorship or not, he will not likely achieve this. He is too early in the death of a nation.

Mr. Obama will likely be remembered as a political form of John the Baptist, one who was significant and abetted what comes next. Some unknown successor will be the real thing. He may be Democrat or Republican. He may come next election or ten elections from now. But he or she will come. Such is the nature of men, power and history.

At some point a ruthless politician will gain total control. He will have the power and control of a Stalin, Hitler or Mao. How that power will be used is moot, but power gained is never not used. Hoping for a benevolent dictator is worse than trying to draw to an inside straight. Even if you get lucky, you will lose with his successor.

America is now run by political sociopaths, unrestricted by laws, ethics or tradition. That characterizes both political parties. It does not matter whether we elect a “good man” next. No country survives dependent on the masses electing the right man. Countries survive with systems that protect them when the wrong man is elected. We no longer have that protection.

The early libertarian, Lysander Spooner, appears to have been correct. Here are two of his observations:

The principle that the majority have a right to rule the minority, practically resolves all government into a mere contest between two bodies of men, as to which of them shall be masters, and which of them slaves; a contest, that — however bloody — can, in the nature of things, never be finally closed, so long as man refuses to be a slave.

A man is none the less a slave because he is allowed to choose a new master once in a term of years.

The wolves salivate over the country of sheep.

the take away phrase of this "America is now run by political sociopaths, unrestricted by laws, ethics or tradition"

becuase if this were not true I wouldnt be reading this and you wouldnt have written it.

we are in soft tyranny now. and it wont take much to make it ten fold worse.