MARK LEVIN: Hillary Clinton is the Greatest Secretary of State Ever

Did you know Hillary's the greatest Secretary of State ever? Can anyone give me one reason? 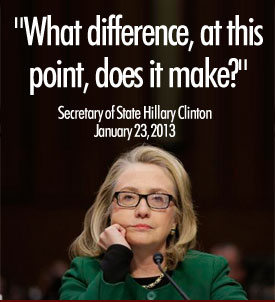 • We're hollowing out our military while the Chinese are massively building up theirs.

• Damn near the entire Middle East is on fire.

• Communism is spreading throughout Central and South America.

• And our allies can't stand us.

But she's the "greatest Secretary of State ever".

Maybe for Russia, but not for us.

Oh, by the way, she was once the greatest Senator ever.

What's she do? I don't know. But she was the greatest.

So what happens if she's elected? What happens with Bill Clinton? Is he put in charge of the Internship Program at the White House?

Obviously, Hillary was such a bad Secretary of State that she must be promoted to President in order to truly appreciate the breath and depth of her ineptitude.

Gosh, I hope not... because, Hillary has a BIG secret most people probably weren't aware of: