Scandals: One of the nation's largest veterans groups is being required to provide proof of membership eligibility. Posts that can't or won't comply face heavy fines. Your government thanks you for your service. 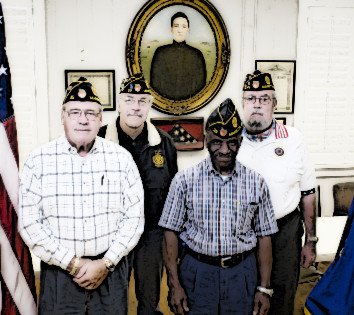 The IRS scandal, which President Obama says is "phony," along with the body-bag scandals of Benghazi and Fast and Furious, was once the object of faux presidential scorn. When the president announced acting Commissioner Steven Miller had resigned over his agency's "inexcusable" targeting of Tea Party and other conservative groups who had applied for tax-exempt status, he feigned concern.

"I reviewed the Treasury Department watchdog's report and the misconduct that it uncovered is inexcusable," Obama said. "Americans have a right to be angry about it, and I'm angry about it."

Full of sound and fury, his remarks signified nothing. Lois Lerner, who invoked her Fifth Amendment right to be silent because she had done nothing wrong and had nothing to hide about her role in orchestrating the targeting, remains on paid vacation while the focus on groups considered even remotely patriotic continues.

If the president wants to get angry about something, how about getting mad about the IRS leaping on the American Legion, requiring individual Legion posts to provide proof of their members' eligibility, virtually accusing the veterans organization of being a cover for and sanctioning tax fraud?

As the Daily Caller has learned, this targeting of the American Legion is happening under a 13-part section of Part 4, Chapter 76 of the Internal Revenue Manual pertaining to "veterans' organizations." The section falls under "Exempt Organizations Examination Guidelines," which was the jurisdiction of Exempt Organizations head Lerner.

"The American Legion has recently learned of the so-called IRS 'audit manual' and is concerned that portions of it attempt to amend statutes passed by Congress and approved by the president," American Legion legal counsel Philip Onderdonk Jr. told The Daily Caller.

"The IRS now requires American Legion posts to maintain dates of service and character of service records for all members. ...The penalty for not having the required proof of eligibility is, apparently, $1,000 per day," the American Legion stated.

'Unconscionable' is an overused word in describing the abuses of power and the continual overstepping of legal and constitutional boundaries by this administration. But it certainly applies in this case. The American Legion is a nonpartisan, not-for-profit veterans organization chartered and incorporated by Congress in 1919, and now has more than 2.4 million members in 14,000 posts worldwide, according to its website. It has never had to deal with such a requirement until now.

The American Legion will take up the issue during its national convention in Houston this week and decide whether to pursue the matter through the courts or Congress, where at least one lawmaker has already come to the organization's defense.

"On the heels of Americans' anger over revelations that the IRS intentionally targeted certain groups, it has been brought to my attention that the IRS is now turning their sights toward our nation's veterans," Kansas Sen. Jerry Moran rightly says.

We are aware that some individuals, including some politicians, have invented or embellished their service records. But what the IRS is suggesting here is that American Legion posts, as organizations, may be enjoying tax-exempt status under false pretenses.
The Obama administration, which has already dishonored survivors of the Fort Hood terrorist massacre by calling the attack "workplace violence," causing them to lose needed benefits, now is telling those who have honorably served their country and risked their lives in its defense, "show us your papers."

Have you no shame, Mr. President?

We can blame all of this on Boehner and the other spineless, corrupt hacks entrenched in the leadership positions of the GOP, for they have the power to stop it.

They are no better than the craziest member of the Democrat party -- because they know better and they have the power -- and they have failed to step up and save our country.

What idiot would donate to the GOP with the Tea Party waiting in the wings?

So it's ok to require us veterans to "show our papers" but not to require naturalized citizens show theirs? This country is falling apart worse then Humpty Dumpty.

Well, considers another recent harassment of one of barry's loudest critic: Donald Trump!

After barry stopped on one of his New York College trips to pay lip service about high college tuition, he so happen to meet with NY's attorney general 'in private' and, v o i l a - this AG announced the following day that Trump owes 700+ million in back taxes.

Barry is nothing but an evil snake and, his boot lickers doing his dirty work for him. This is beyond disgust!

If you ever have IRS collections in Denver CO, these guys can help!