Media Bias: Rodeo clowns constitute a real crisis in media eyes, while deaths from the administration's gun-running operation to Mexican drug cartels are ignored as three more guns show up at crime scenes in Mexico. 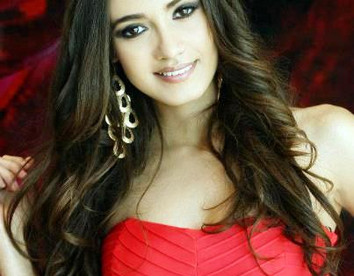 The media have had a field day with a single, supposedly racist rodeo clown. But somehow, with few exceptions, mainstream media ignore the far-more-dangerous clowns in the Obama administration — those whose incompetence in the Fast and Furious scandal has led to human tragedy and deaths.

One exception is the relentless Sharyl Attkisson of CBS News, who reported Wednesday that three more weapons from Fast and Furious, the administration gift that keeps on killing, have turned up at violent crime scenes in Mexico. CBS News reported all three guns are WASR-10 762-caliber Romanian rifles.

Two were purchased by Fast and Furious suspect Uriel Patino in May and July of 2010. Sean Steward, who was convicted on gun charges in July 2012, purchased a third. The rifles have been traced to the Lone Wolf gun shop in Glendale, Ariz.

Details of exactly where the guns were found and what the crimes were aren't known at this point. And the Department of Justice, under Attorney General Eric Holder, is not about to divulge that information or any information about the recovery of Fast and Furious weapons at crime scenes.

A month ago, Republican Sen. Chuck Grassley sent a letter to Holder asking why the Department of Justice was covering up deaths and weapons linked to Operation Fast and Furious. The inquiry came shortly after a Mexican police chief and his bodyguard were killed by cartel members using Fast and Furious guns.

Luis Lucio Rosales Astorga, police chief in the city of Hostotipaquillo, was shot to death Jan. 29 when gunmen intercepted his patrol car and opened fire. A bodyguard also was killed. A semi-automatic WASR rifle, the firearm that killed the chief, was also traced back to the Lone Wolf Trading Co.

During the course of Operation Fast and Furious from 2009-2010, 2,500 weapons were purchased by illegal "straw" buyers under Bureau of Alcohol, Tobacco and Firearms surveillance, guns that were allowed to "walk" into Mexico. Testimony by ATF agents shows they were ordered not to interdict the flow. At least 1,400 of those weapons are still missing. The only weapons recovered have largely been at crime scenes.

The Grassley letter mentions not only murder of the police chief, but also a Fast and Furious weapon found at the scene of a shootout between reported Sinaloa drug cartel members and the Mexican military, in which Sinaloa beauty queen Maria Susana Flores Gamez and four others were killed, as well as crimes mentioned in an October 2012 Univision special.

Univision found 57 Fast and Furious weapons in addition to 122 specifically mentioned in a congressional report. Three high-caliber weapons were used on the night of Jan. 30, 2010, to kill 14 and wound 12 at a birthday party in Villas de Salvarcar, Ciudad Juarez.

Fast and Furious weapons played a role in a 2009 massacre, where 18 young men were killed at a rehabilitation center, also in Juarez.

Of course, two weapons used in the murder of Immigration and Customs Enforcement Agent Jaime Zapata in Mexico on Feb. 15, 2011 also came from suspects who were under ATF watch but not arrested at the time.

And two Fast and Furious AK-47-type rifles were recovered from the murder scene of Border Patrol Agent Brian Terry in December 2010; he'd been shot by illegal immigrants who were smuggling drugs.

"I think up to 100 Mexicans might have died (in Operation Fast and Furious) and also American agent Brian Terry," Univision reporter Jorge Ramos said to President Obama during a recent separate interview.

These are all real deaths in a scandal President Obama still insists is "phony" — and one that much of the mainstream media have studiously ignored.