[A] so-called change of heart with members of the Obama administration is not a change at all.

Every time there has been a destabilizing force that poses a greater threat to Israel, the Obama administration has supported that force. Cases in point: 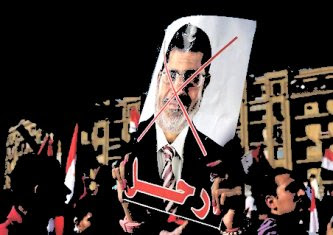 • whether people liked him or not, Mubarak was a stabilizing force in Egypt--he was thrown under the bus in favor of the destabilizing Muslim Brotherhood revolution;

• whether people liked him or not, Qadafi had become a stabilizing force in Libya--he was ousted by radicals supported by this administration;

• when the Arab Spring fever tried to take hold in Iran to overthrow [Iran's] Ahmadinijad, this administration sat by silently while the revolution was quelled;

• Assad has been a stabilizing force in Syria--now this administration is talking about taking him out;

• now that the people of Egypt have spoken out against the abuses of power by Morsi and the Muslim Brotherhood, this administration has been silent and absent in its support for the people;

• Saddam was a destabilizing force in his own right.

It is clear that the Obama administration is working diligently, either actively or by apparent inaction, to destabilize the Middle East and northern Africa while alienating Israel at the same time.

The question is, why?

I encourage commenters to offer conjecture. I have my suspicions, but then again, I'm a right-wing, Consitutional, conservative Hobbit Visigoth and all.

I suspect what was in play in the Middle-East was an under-the-table agreement to finance and give Sinai-land to the Palestinians and screw over Israel.

Syria is another dimension of Obama's goal to harm Israel.

The Sinai-land gift probably was negotiated by Obama with the MB, the promise of aid to the MB to help them become the elected gov't of Egypt.

Since the MB couldn't control themselves and just manage the government, the Egyptian citizens eventually became fed-up with all the MB lies, MB corruption, lack of food, lack of jobs, and suppression of democratic principles by the MB, etc.

Obama (and the USA) is now viewed by the Middle-East as a joke. Now Russia and China ramp-up their plans and a new set of problems for the world.

My Dad might say he's the Anti-Christ. I just think he believes he's the next Caliph.

That is an easy question Doug.
Because, somebody and their pals want to take over and rule the world.

Because Malaysia is a Sunni Muslim country.