And now, a word from our sponsors in Egypt...

At least 37 churches have been torched and dozens of Christians killed as the Muslim Brotherhood exacts revenge for its well-deserved ejection from Egypt's halls of power.

And, through it all, Barack Obama has remained utterly silent. The same man who couldn't stop slamming President Mubarak during a series of relatively mild protests in Tahrir Square has suddenly gone mum. 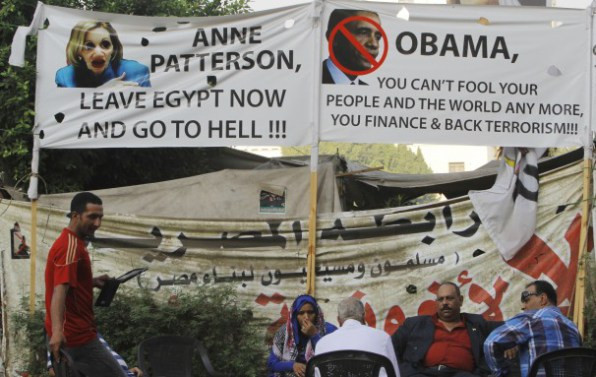 Where is the president? Where is the man who didn't hesitate to fly to Vegas during a terror attack in Benghazi to decry Republican "obstructionism"?

Where is the man who gives a speech between every golf game?

Hear that sound? Those are crickets.

Oh. And that's a bindle of tumbleweed that just rolled by.

Jeremiah Wright is a proud man right now, he may even be running Little Barry's ecclesiastical polity in the Middle East.