The ruling elites passed an unconstitutional law they never read in the dead of night. It numbers in the thousands of pages, sets up trillions in wealth transfer payments over the next decade, and fundamentally changes the relationship of the citizen to the government.

Obamacare is the lynchpin of the progressives' century-long march to dismantle the Constitution. A 15-person politburo known as IPAB will decide who lives and who dies. The IRS will enforce the law while left-wing radical groups are paid as "navigators" and will have access to the citizens' most sensitive personal data.

And as this monstrously complex law lurches to life, its architects are reaping millions helping companies cope with the spasmodic changes that will wrack the entire health care supply chain.

ObamaCare has become big business for an elite network of Washington lobbyists and consultants who helped shape the law from the inside. 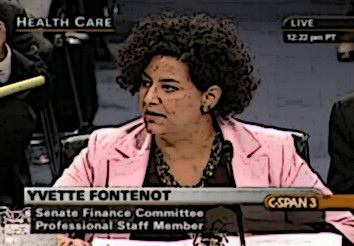 More than 30 former administration officials, lawmakers and congressional staffers who worked on the healthcare law have set up shop on K Street since 2010.

...The voracious need for lobbying help in dealing with ObamaCare has created a price premium for lobbyists who had first-hand experience in crafting or debating the law... Experts say that those able to fetch the highest salaries have come from the Department of Health and Human Services (HHS) or committees with oversight power over healthcare.

Demand for ObamaCare insiders is even higher now that major pieces of the law, including the healthcare exchanges and individual insurance mandate, are being set up through a slew of complicated federal regulations. 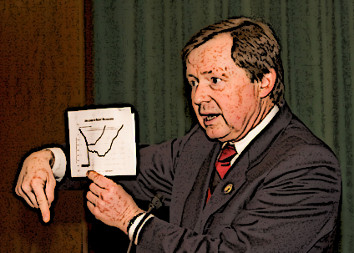 ...Watchdogs say the rise of the ObamaCare lobbyist is another example of the “revolving door” that turns public service into private enrichment... “After passage of major legislation, those who have networks on Capitol Hill take exceedingly lucrative jobs with the same industries subject to the legislation,” said Craig Holman, a lobbyist for Public Citizen. “It raises questions about the [bill's] integrity.”

...The firm Avenue Solutions, for instance, recently hired Yvette Fontenot, a former staffer for both the Senate Finance Committee, which wrote ObamaCare’s tax-related provisions, and HHS's Office of Health Reform, which is assisting the implementation. .. Since her hire in April, the four-woman firm has picked up Health Care Service Corp. as a client, and Fontenot is now lobbying for the Blue Cross Blue Shield Association and the National Electrical Manufacturers Association as well... The Democratic firm banks about $3 million in revenue per year, records show, but is on pace for growth in 2013, earning $1.8 million through the first half of the year...

It’s not just ex-staffers who are becoming trusted ObamaCare guides — former members of Congress are lobbying on the law as well... Former Rep. Earl Pomeroy (D-N.D.) joined Alston & Bird in 2011 after dealing with healthcare and tax issues as a member of the House Ways and Means Committee... Now Pomeroy and his one-time chief of staff, Bob Siggins, are lobbying on ObamaCare for clients such as clients such as Vision Service Plan, the National Coordinating Committee for Multiemployer Plans and Medicare — a health insurance provider...

The fact that the so-called opposition party leaders refuse to rally the public against this monstrosity, refuse to leverage its unpopularity, and refuse to de-fund the bill make them just as culpable as Obama, Pelosi and Reid.

Which is why I suggest we call it O'Boehnercare.