WHEN A PICTURE IS WORTH A BILLION WORDS: The Unvanished Idiocy of the Anti-Fracking Crowd

Spotted over at Anthony Watts's jaint.

There’s been a lot of hullabaloo in the UK over the Balcombe fracking protests. WUWT reader Eric Worrall writes in with this comparison photo... 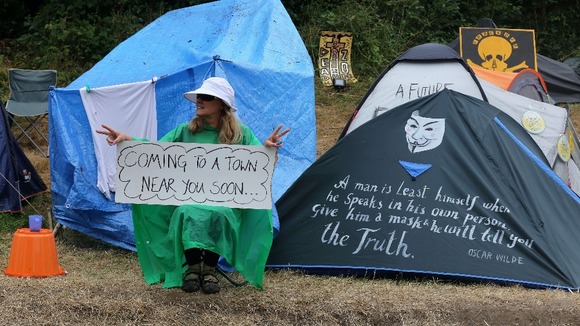 ...Here is a tagged version of the same picture of all the plastic high tech synthetics used by anti fracking protestors in England, captured in a single photograph... 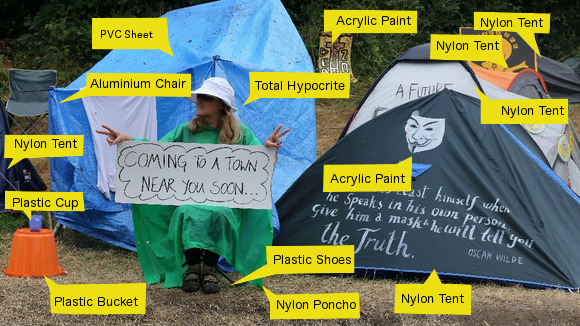 Do these hypocrites actually think about what sort of world they would have to endure, without the cheap hydrocarbons, and cheap plastic synthetics, the petroleum source of which they oppose?

And these are the same kooks that tell us humans are causing "global warming" (or is it "climate change" now, I forget) even though the Earth is cooling?

These people are such simpletons I'm amazed they remember to breathe on their own.

I don't suppose they walked there, either.

Reason takes a hike with these fools.

theyre not fools. theyre trying to protect your water supply.