33 Horrifying Facts Illustrating the Collapse of the U.S. Economy Under Barack Obama

Barack Obama has been running around the country taking credit for an "economic recovery", but the truth is that things have not gotten better under Obama.  Compared to when he first took office, a smaller percentage of the working age population is employed, the quality of our jobs has declined substantially and the middle class has been absolutely shredded.  If we are really in the middle of an "economic recovery", why is the homeownership rate the lowest that it has been in 18 years?  Why has the number of Americans on food stamps increased by nearly 50 percent while Obama has been in the White House?  Why has the national debt gotten more than 6 trillion dollars larger during the Obama era?  Obama should not be "taking credit" for anything when it comes to the economy.  In fact, he should be deeply apologizing to the American people. 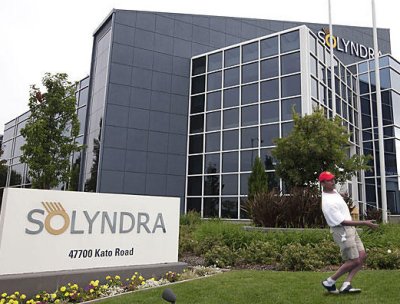 And of course Obama is being delusional if he thinks that he is actually "running the economy".  The Federal Reserve has far more power over the U.S. economy and the U.S. financial system than he does.  But the mainstream media loves to fixate on the presidency, so presidents always get far too much credit or far too much blame for economic conditions.

But if you do want to focus on "the change" that has taken place since Barack Obama entered the White House, there is no way in the world that you can claim that things have actually gotten better during that time frame.  The cold, hard reality of the matter is that the U.S. economy has been steadily declining for over a decade, and this decline has continued while Obama has been living at 1600 Pennsylvania Avenue.

It is getting very tiring listening to Obama supporters try to claim that Obama has improved the economy.  That is a false claim that is not even remotely close to reality.  The following are 33 shocking facts which show how badly the U.S. economy has tanked since Obama became president...

#2 Since Obama has been president, seven out of every eight jobs that have been "created" in the U.S. economy have been part-time jobs.

#3 The number of full-time workers in the United States is still nearly 6 million below the old record that was set back in 2007.

#5 40 percent of all workers in the United States actually make less than what a full-time minimum wage worker made back in 1968.

#6 When the Obama era began, the average duration of unemployment in this country was 19.8 weeks.  Today, it is 36.6 weeks.

#7 During the first four years of Obama, the number of Americans "not in the labor force" soared by an astounding 8,332,000.  That far exceeds any previous four year total.

#8 According to the U.S. Census Bureau, the middle class is taking home a smaller share of the overall income pie than has ever been recorded before.

#9 When Obama was elected, the homeownership rate in the United States was 67.5 percent.  Today, it is 65.0 percent.  That is the lowest that it has been in 18 years.

#10 When Obama entered the White House, the mortgage delinquency rate was 7.85 percent.  Today, it is 9.72 percent.

#13 Median household income in America has fallen for four consecutive years.  Overall, it has declined by over $4000 during that time span.

#15 During Obama's first term, the number of Americans on food stamps increased by an average of about 11,000 per day.

#17 At this point, more than a million public school students in the United States are homeless.  This is the first time that has ever happened in our history.  That number has risen by 57 percent since the 2006-2007 school year.

#19 Electricity bills in the United States have risen faster than the overall rate of inflation for five years in a row.

#21 The United States has fallen in the global economic competitiveness rankings compiled by the World Economic Forum for four years in a row.

#22 According to economist Tim Kane, the following is how the number of startup jobs per 1000 Americans breaks down by presidential administration...

#23 In 2008, that total amount of student loan debt in this country was 440 billion dollars.  At this point, it has shot up to about a trillion dollars.

#24 According to one recent survey, 76 percent of all Americans are living paycheck to paycheck.

#26 The total amount of money that the federal government gives directly to the American people has grown by 32 percent since Barack Obama became president.

#27 According to the Survey of Income and Program Participation conducted by the U.S. Census, well over 100 million Americans are enrolled in at least one welfare program run by the federal government.

#28 As I wrote about the other day, American households are now receiving more money directly from the federal government than they are paying to the government in taxes.

#29 Under Barack Obama, the velocity of money (a very important indicator of economic health) has plunged to a post-World War II low.

#32 During Obama's first term, the federal government accumulated more new debt than it did under the first 42 U.S presidents combined.

#33 When you break it down, the amount of new debt accumulated by the U.S. government during Obama's first term comes to approximately $50,521 for every single household in the United States.  Are you able to pay your share?

at 11:28 AM
Email ThisBlogThis!Share to TwitterShare to FacebookShare to Pinterest
Labels: Democrats, Economy, Obama

This is terrifying. Looking at this devastation of America and her middle class, I am enraged thinking of how far the MSM have fallen. They have completely morphed from their charge of unbiasedly informing the public of The News, and have instead become nothing but political cover for The Precious, refusing to report on the reality of what's happening right in front of our eyes in real time. History will not look kindly on this subterfuge.

Bush sr, Bush jr we know what the author meant...what a jerk you are for posting such a stupid comment