But at Facebook, they can (and do) share your posts and pictures and personal information with government agents all around the world. 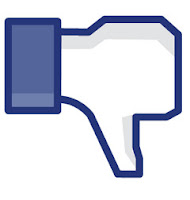 Facebook released a report Tuesday detailing their level of involvement with government requests for data. Since users willingly share so much about themselves on Facebook and other social media tools, it seems government agencies are looking to take advantage of the information – and Facebook is more than happy to comply.

“As we have said many times, we believe that while governments have an important responsibility to keep people safe, it is possible to do so while also being transparent,” said Colin Stretch, an attorney for the social networking mega-site. “Government transparency and public safety are not mutually exclusive ideals.”

Stretch assured users that Facebook scrutinizes each request and maintains a “very high legal bar” that governments must clear before users’ private information is passed along.

Even so, the numbers are startling.

In total, Facebook received more than 26,000 separate requests for information about nearly 39,000 different accounts from 72 different national governments during the first six months of 2013.

And guess which country’s government made the most requests for information from Facebook – so many, in fact, that it is more than all other requests from all other national governments in the entire world, combined.

It does raise some questions – like, if government surveillance is meant to stop terrorist attacks, are terrorists really posting “about to build a bomb” on their status updates?

Or, perhaps the government is collecting Facebook information for other reasons – particularly since we already know the Drug Enforcement Agency frequently gets “tips” from the National Security Agency and others (then lies about where those tips come from).

And Facebook’s willingness to share personal data with the governments of the world seems even stranger one week after Joe Sullivan, the company’s chief security officer, said “it is never acceptable to compromise the security or privacy of other people.”

Of course in that instance he was talking about one user compromising another user’s privacy. If Facebook is going to compromise everyone’s privacy at once, that must be better – somehow.

Boehm is a reporter for Watchdog.org and can be reached at Eric@PAIndependent.com. Follow him on Twitter at @EricBoehm87. Please visit Watchdog.org for more information.

In the month I had a facebook account (a couple years ago) they changed their privacy restrictions three times and opened my personal preferences to all at least twice. So I shut down the account. Others should do the same.

Ask me why I don't do social media.