In his August 19, 2013 PJ Media article entitled “Obama’s Strange Love Affair with the Muslim Brotherhood,” Roger L. Simon’s lede reads, “It’s hard to fathom how or why our administration ever thought the Muslim Brotherhood saw democracy as other than a means to an end — and a particularly repellent one at that — in the first place.” 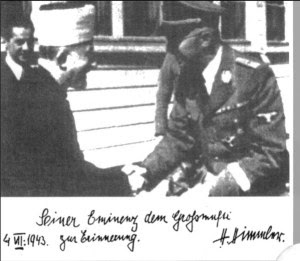 It’s true that Obama’s Brotherhood-infatuation is transparent. Those of us who have followed the machinations of Islamic radicals over the years know exactly who we’re dealing with.  The question is: Does Obama?

When a great nation’s foreign policy is run by second-rate, radical academics, with virtually no real world experience or understanding of radical Islam, dancing with the devil seems “just” and “fun.”  Their thinking is that – if you just talk to people, their innate goodness comes out. They have such a rich culture, after all.

It’s wrong-headed on all counts.

Where Islam exists, radicalism is close at hand.  In fact, the Brotherhood is not radical, but orthodox.  Unlike much of Christendom, they don’t consider the Quran and the Hadith quaint metaphors; they read them literally.

John Quincy Adams, 6th President of The United States, took it upon himself to research Islam.  (Remember, our first foreign war was against Muslim pirates – the Barbary pirates – and our victory against them is why Marine officers carry a ceremonial scimitar to this day.)  Adams wrote the following:

"In the seventh century of the Christian era, a wandering Arab of the lineage of Hagar (Mohammed), the Egyptian, combining the powers of transcendent genius, with the preternatural energy of a fanatic, and the fraudulent spirit of an impostor, proclaimed himself as a messenger from Heaven, and spread desolation and delusion over an extensive portion of the earth.

Adopting from the sublime conception of the Mosaic Law, the doctrine of one omnipotent god; he connected indissolubly with it, the audacious falsehood, that he was himself his prophet and apostle. Adopting from the new Revelation of Jesus, the faith and hope of immortal life, and of future retribution, he humbled it to the dust by adapting all the rewards and sanctions of his religion to the gratification of the sexual passion.

He poisoned the sources of human felicity at the fountain, by degrading the condition of the female sex and the allowance of polygamy; and he declared undistinguishing and exterminating war, as a part of his religion, against all the rest of mankind. THE ESSENCE OF HIS DOCTRINE WAS VIOLENCE AND LUST: TO EXALT THE BRUTAL OVER THE SPIRITUAL PART OF HUMAN NATURE...Between these two religions, thus contrasted in their characters, a war of twelve hundred years has already raged. The war is yet flagrant...While the merciless and dissolute dogmas of the false prophet shall furnish motives to human action, there can never be peace upon the earth, and good will towards men"

Adams’ warning then is relevant to us today. “The war is yet flagrant...While the merciless and dissolute dogmas of the false prophet shall furnish motives to human action, there can never be peace upon the earth, and good will towards men."


Abernathy Crum is, by decades of training, experience and teaching, an expert in the strategy and tactics of information warfare deployed by tyrannical regimes throughout history. Related: A Brief, Illustrated History of the Muslim Brotherhood

Obama and his minions know exactly who the Brotherhood are and what they stand for.

That's why they support them.