Defense: Beijing tests a mobile missile capable of hitting the continental U.S. and prepares to deploy ballistic missile submarines that can do the same, while our commander-in-chief slashes our missile defenses. 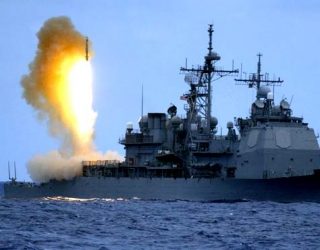 In a speech before the Space and Missile Defense Symposium in Huntsville, Rep. Mike Rogers, R.-Ala., chairman of the House armed services subcommittee on strategic forces, warned that the Obama administration has cut $6 billion from U.S. missile defense programs at a time of growing missile threats from potential adversaries.

According to Rogers, Obama cut $1.16 billion from missile defense — a 10% reduction — in his first budget as president and has continued the reductions. "Over four fiscal years, this underfunding adds up to almost $6 billion less than President Bush planned for missile defense; this represents a 16% reduction," Rogers said.

However, a GBI test on July 5, the first such test in five years, failed. Our missile defense capabilities, which President Obama told the Russians he would have more "flexibility" to scuttle after his re-election, have been allowed to atrophy and deteriorate.

To placate Moscow, President Obama betrayed our allies in Poland and the Czech Republic by abandoning plans to deploy GBIs and missile defense radar there. 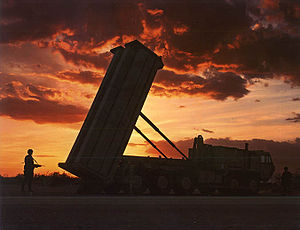 Our Chinese friends have noticed that the famous "reset" button has been replaced with one marked "easy." China's military carried out on July 24 a third test of a long-range DF-31A road-mobile ballistic missile capable of hitting the U.S. with nuclear warheads.

A recently published report by the Air Force National Air and Space Intelligence Center concluded, "China has the most active and diverse ballistic missile development program in the world."

The report states that China's military has "more than 15" DF-31A launchers for the solid-fueled, single-warhead ICBM that has a range greater than 6,835 miles. The July 24 test came exactly a year after the Chinese conducted what U.S. officials said was one of the first flight tests of a new longer-range ICBM called the DF-4, expected to carry 10 nuclear warheads.

Bill Gertz of the Washington Free Beacon also reports China's navy will begin the first sea patrols next year of a new class of strategic missile submarines, the Type 094, each built with 12 missile launch tubes that will hold the recently flight-tested JL-2 ballistic missile, which has an 8,000-kilometer (5,000-mile) range.

As with the GBIs, the U.S. rarely tests its missiles. A Minuteman III missile test was put off last year until after the presidential election and delayed again until May over concerns an ICBM flight test might frighten North Korea, led by its raging runt Kim Jong-un.

The 341st Missile Wing at Malmstrom Air Force Base, Mont. , a unit responsible for 150 Minuteman 3 nuclear missiles that stand on 24/7 alert for potential launch against targets around the globe, recently failed a safety and security inspection.

Last spring the 91st Missile Wing at Minot Air Force Base, N.D., received grades on an inspection that were so poor that 17 officers temporarily lost their authority to operate missiles.

While we gut our military, cut back on readiness, training and weapons modernization, our adversaries are building up their arsenals of tyranny.

Mike Rogers is a Rep from Michigan; I know this cause he's mine :)

Bush was put in place to take away rights from white americans. Obama was put in place to take away blacks peoples rights. Together, americans have no rights now. So who put them both there? They surely were not voted in legitimately. No person nowadays could ever believe Bush was voted for. And soon it will be clear that what we got now was never voted for either. However, he is there permenently now as there will be no more presidential elections permitted in our lifetimes. Watch and understand.