"It's time to panic, Illinois."

Not exactly known for its political diatribes, Crain's Chicago Business is sounding the alarm claxons. In "Illinois on its way to becoming Detroit, and our pols don't give a rap", business writer Joe Cahill doesn't mention a political party by name, but his implication is crystal clear.

Decades of corrupt and incompetent Democrat governance have squeezed the state dry.

Unfunded pension obligations to state employees have reached $100 billion. Unpaid bills to various state vendors are estimated at $6 billion. The city of Chicago faces a $1 billion budget deficit in fiscal 2015. Credit ratings for the state and city have been slashed.

The ground is crumbling away under our feet. Yet our political leaders can't muster the will to act. 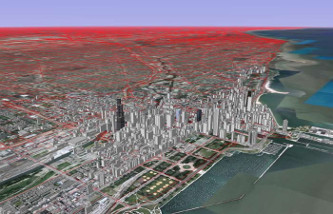 Legislators thumbed their noses at Gov. Quinn's July 9 deadline for action on the pension crisis. A conference committee of state Senate and House members formed to deal with pensions hasn't met since July 8, though they assure us they're working on it.

If the ramifications for everyone in Illinois weren't so dire, it would make a fascinating study in the human capacity for denial, deflection and self-delusion.

Until now, we've avoided going bust by borrowing. Despite our fiscal mess, bond investors have been willing to lend us money. That's because of a peculiar paradox that won't last. Because our credit is so weak, our bonds pay higher interest rates, making them attractive to investors at a time of historically low interest rates...

... our credit keeps getting worse. Rating agencies have made it clear they're no longer willing to give Illinois and Chicago a pass on their massive pension funding shortfalls.

As bond ratings drop, more and more institutional investors will be barred from buying Illinois bonds, no matter how high the interest rate. And with rates in general rising, risk-reward calculations start shifting against the city and state...

...One of these days, Illinois or Chicago will float a bond offering and find no takers. That's when we become Detroit.

One wonder whether the taxpayers of Illinois will someday have had their fill and throw the entire Democrat machine out of office.