Remember the good old days? ... You couldn't go 25 seconds without some Leftie bringing up this photo that was taken 8 years before [George H. W. Bush] got Iraq out of Kuwait and 19 years before [Bush 43] took out Saddam himself... 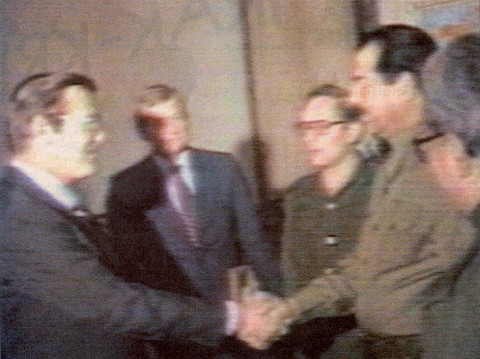 Any Lefty bringing this one up recently? 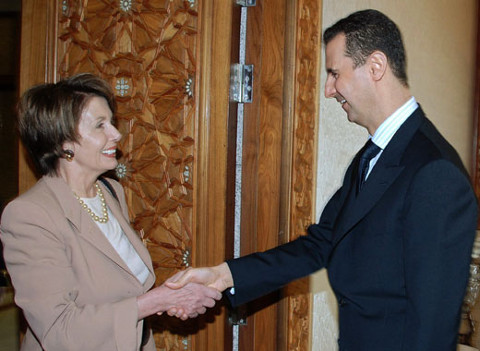 How about Bill Clinton with the vicious Hafez al-Assad, Bashir's father? 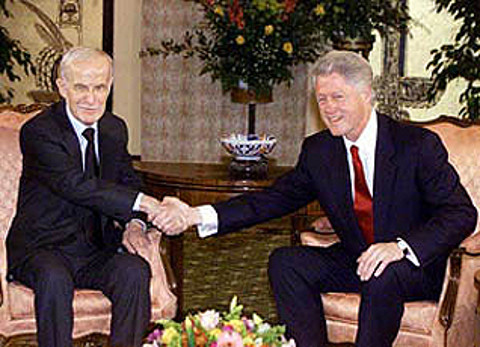 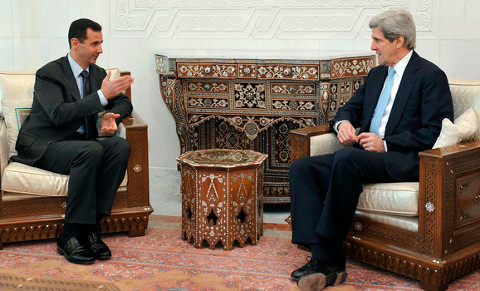 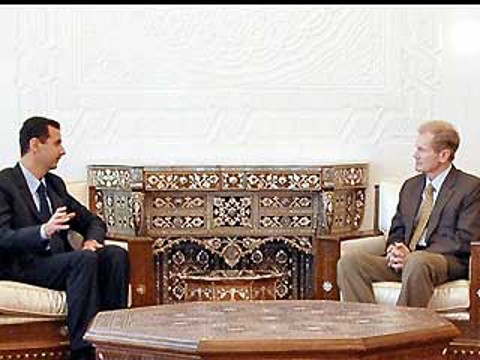 How about Jimmy Carter and Bashir? 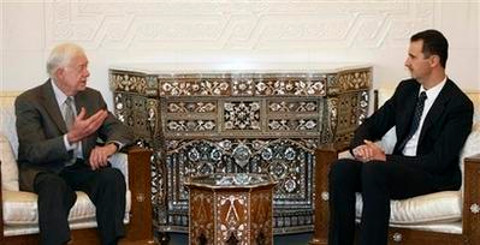 How about the pathetic leftist nitwit Dennis Kucinich -- who visited with the ruthless dictator a mere two years ago -- and appeared to "heap praise upon Syrian President Bashar al-Assad, who is being widely criticized for the brutal crackdown on pro-democracy demonstrations"? 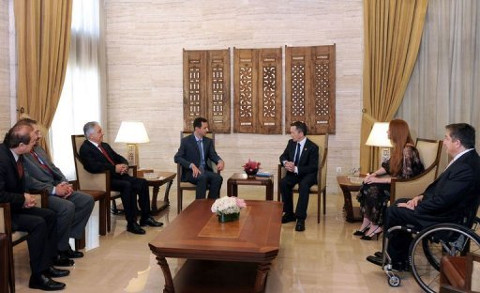 But don't worry: the greatest Secretary of State ever -- Hillary Clinton -- called Assad "a reformer", so we know this administration is on top of things.

I'd like to see Barry, that modern day Slim Pickens strapped to the first cruise missile waving a hand grenade as he squirts to an uninfluential destination.

True, but that's probably because some Rightie keeps showing "as proof" of scandal, meetings between Obama (or Kerry) with some middle eastern scoundrel. There's no need in this case to slam Lefties. We (and I'm a Rightie, too) must learn not to do what the Bushhaters used to do, jumping to conclusions so fast. It's Righties like that that caused Charles Johnson to go off the handle.
I do appreciate your collecting all the pictures like that. It's very helpful to have.

"True, but that's probably because some Rightie keeps showing "as proof" of scandal, meetings between Obama (or Kerry) with some middle eastern scoundrel. There's no need in this case to slam Lefties. We ..... must learn not to do what the Bushhaters used to do, jumping to conclusions so fast."

That's worked out SO well. The left does something we don't like and we let out a tired sigh and go on with our life instead of dishing it back. Problem is, if we don't push back all 'the people' see is the images and thoughts of the left. They get the airplay, the talk time, and the ability to remind our country what mean silly people the right is. Most people are too busy to be political junkies; they have lives to live and work to do. One pic or quick soundbite is all some have time to digest. But YES, let's not stoop to the level they do. We might be heard (or seen) as being mean.

That picture with Assad and Carter is screaming "Short Bus!" like crazy!