If the Republican Party disintegrates, you can thank its spineless [air quotes] "leadership" including John Boehner and Reince Priebus. James Daniels at DownTrend explains: 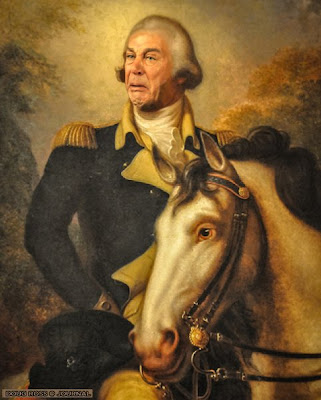 One of their most notable criticisms is that of Speaker of the House John Boehner. The defecting Republicans condemn him for his decision to purge the most fiscally conservative Republicans from their leadership positions in late 2012.

And, they criticize the House’s “utter disdain” for the Constitution in its handling of the Amash Amendment, which would have restrained NSA surveillance... Among their other criticisms of Congressional Republicans include their support for:

The group also claims the RNC has “no intention of reforming and would rather fly under invalid rules than to right the wrongs of Tampa” in reference to rules battles that have taken place since the 2012 convention...

Hopefully, their decision will serve as a wakeup call to the Republican Party, which all-too-often abandons the principles of fiscal responsibility and freedom for its own gain. Until then, let’s hope more Republicans (and Democrats, for that matter) jump ship instead of contributing to the destruction of the very values that once made America great.

Mark Levin alludes to this kind of drastic action in his new book, The Liberty Amendments. Levin asserts that the answers for fixing Washington cannot be found in Washington. 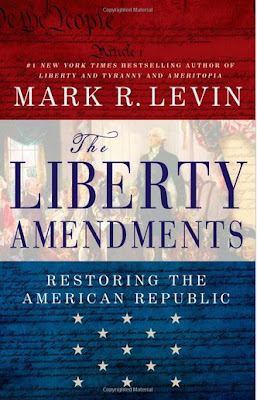 The answers instead lie in the power of the states, the very states that gave birth to the federal government. These powers, articulated in the second amendment process of Article V of the Constitution, have laid dormant for more than two centuries.

The second Article V process allows the states to amend the Constitution without any Congressional or Executive Branch involvement. It bypasses the federal government altogether. It is an escape hatch against an oppressive federal government.

Levin notes that the second process was only included at the insistence of George Mason -- the famed anti-federalist -- who predicted the very quandary in which know find ourselves. That is, a federal government run amok, with each branch conspiring with the other to evade the constraints of the Constitution, growing ever larger and more tyrannical, tightening the circle of liberty around each individual like a noose.

Such a federal government, Mason presciently observed, would never agree to limit itself. And such is the political landscape today, with a far left political-and-media complex running an Executive and an immense, unelected fourth branch of government, unchecked by the courts and assisted by Congress.

Levin's approach is an escape hatch for liberty.

The states that created the federal government must be the instruments that reign it back in, reestablishing the Constitutional limits that made America great.

Lets see what these malcontents do in response to signing of the UN gun ban.
http://www.washingtontimes.com/news/2013/aug/19/barr-the-un-comes-after-americas-guns/
Treason is a capitol offense, it may be time to take out the trash.