CLASS ACT: This is who @BuzzFeedAndrew is

Several years ago, Daily Caller writer Jim Treacher was involved in a devastating auto accident in Washington, D.C. that left him hospitalized and in rehabilitation for years.

And several years ago, Andrew Kaczynski became a left-wing hack, writing for BuzzFeed, the terrifically mindless aggregator of hard news and funny cat videos. When called out on Twitter by Treacher for his various, laughably false defenses of Democrat politicians, Kaczynski demonstrated all of the class you've come to expect from a left-wing hack: 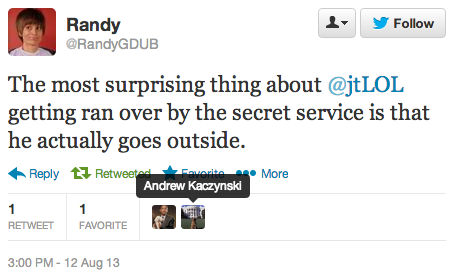 It's good to see that @BuzzFeedAndrew likes jokes about my lifetime-crippling injury. Makes sense; I hurt his feelings once.

'Randy sure has quite the handle on grammar,doesn't he?