As Mark Levin has consistently observed, we no longer live in a Constitutional Republic. Our representatives do not represent us. They pass laws they haven't read. And they consistently operate without the consent of the governed.

We have what the brilliantly prescient Alexis de Tocqueville called "democratic despotism", exemplified perfectly by a "public meeting" with U.S. senators at which the public was not welcome.

As senators representing a border state, one would think that Arizona Senators John McCain and Jeff Flake would be strong proponents for demanding legal immigration as well as for securing our borders. Instead, they have been not just vocal advocates of illegal immigration, these two GOP border state senators made up ¼ of the ‘Gang of Eight’ that crafted the bill to push amnesty on the American people. 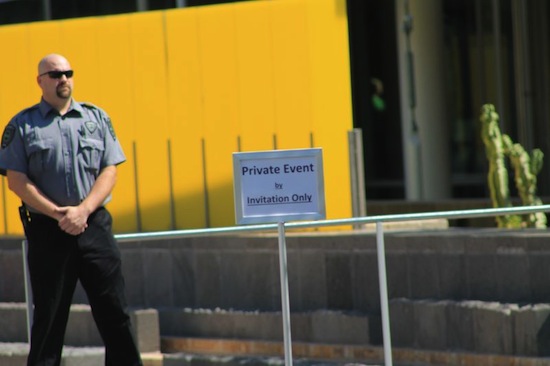 There has been much controversy surrounding the route which immigration reform should take in America. Some are calling for amnesty for the tens of millions of illegals in this country. Others are adamant that either we are a nation of laws or we are not and do not support amnesty. Still others are torn between what to do with those who crossed the border illegally as children due to the decision of their parents.

Wherever you stand on the spectrum of beliefs on the topic, one would think that your elected officials would welcome the voice of anyone who wants to be heard regarding this issue that would have enormous economic repercussions on America. That is not the case with Arizona Senators McCain and Flake. On the very important issue of immigration reform, they chose to hold a ‘closed door, invitation only event’, which was labeled not as a town hall, but rather as a ‘Conversation on Amnesty’...

...While the story from the Arizona Republic states that this is a public event, the event was clearly marked as a private event and those without a ticket were only allowed to go so far... 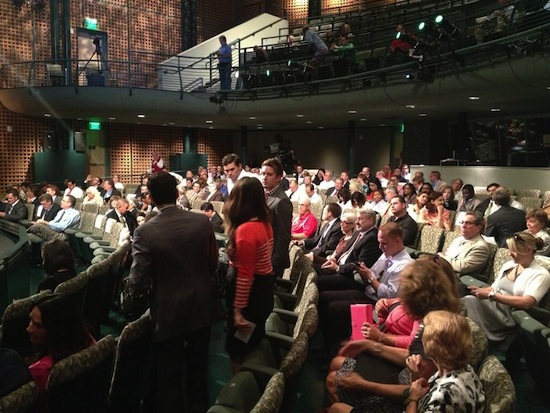 ...This decision to leave the people out of this ‘conversation’ resulted in a protest organized by Riders USA outside the Mesa Arts Center, where the ‘private event’ took place. The Arizona Republic did cover the event inside as well as provide pictures of the protest outside. If you look closely, based upon my comparison of the pictures on the Arizona Republic’s website, it appears that the McCain/Flake closed door, invitation only event took place in the Virginia G. Piper Repertory theater. That portion of the facility holds 550 people and, if you look at the picture below from the Arizona Republic, there were plenty of seats still available with a near empty upper level...

But we have an antidote, my friends.

We have a gift bequeathed to us by the founders.

It is Article V of the United States Constitution.

It is an escape hatch from an all-powerful central government that has grown out of control, just as de Tocqueville predicted.

We have an antidote and now is the time to begin reestablishing the Constitution.

McCain needs to go ahead and join the Socialist-Progressive movement and get it over with. Some war 'hero'.