I've got a question for you: when do you see Democrat apparatchiks attack their own?

I can't think of a single instance since Joe Lieberman. Say what you will about the radical Left, but they do stay in lockstep.

Not so for the Rockefeller-Scranton-Nixon-Bush Wing of the Republican Party. The Beltway Elite are more interested in attacking the Reaganites -- the conservative, Tea Party, Constitutionalists -- than they are in beating Democrats.

Exhibit #4,035: Someone named "Nicolle Wallace", if that is her real name, who asserts that one of the smartest and most accomplished men in Congress is a liar.

Former John McCain campaign aide Nicolle Wallace told Morning Joe guest host Donny Deutsch that Ted Cruz was being “intellectually dishonest” in his mission to shut down the government in order to defund Obamacare, a strategy she felt was tantamount to lying to his supporters at the cost of the GOP’s national ambitions. 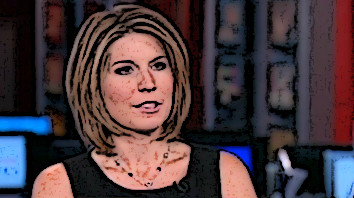 “I watch Ted Cruz up there and I say, ‘Is he not getting the memo from Christie as far as what’s getting you elected going forward?’” Deutsch said. “This ‘party of no,’ this anger, ‘I’m strong, you’re a chicken, I’m strong, you’re a chicken’—who is that talking to? It’s so tone deaf. Party of no, let’s kill Obamacare—versus, you watch what [Chris] Christie’s doing: time after time, decision after decision, moderate, moderate, moderate. Nicolle, am I missing something?”

“The problem with what Cruz is doing is it’s intellectually dishonest,” Wallace said. “[Cruz] was also asked at that event, ‘Why don’t we impeach President Obama?’ And he said, ‘Because we don’t have the votes.’ The true answer, the intellectually honest answer: ‘Because he’s not committed an impeachable offense.’ Ted Cruz is doing a whole lot of fearmongering and lying to the voters. He’s presenting an untruthful case.”

“The reason we’re going to lose this debate about defunding Obamacare is because we don’t occupy the White House,” Wallace said. “We don’t have the ability to pass laws and then sign them. The best way to win this fight is to elect a Republican president.”

Obama "hasn't committed an impeachable offense"? Really, Nicolle? Tell you what, yenta: peruse the Complete List of Barack Obama's Historic Firsts and tell me which items wouldn't make it into the articles of impeachment.

As for de-funding Obamacare, genius: if the House passed a bill that funded all of the government except for O'BoehnerCare and sent it to the Senate, who would be on the hook for a government shutdown? Would there be a tidal wave of support for the Unaffordable Care Act? Some kind of groundswell for more part-time jobs and economic misery?

Nicolle Wallace: your track record of failure makes you suitable only for comic relief. You dare to tell us who to listen to and who to believe? You, who can't get a gig appearing on anything but a failed network like MSNBC, that has lower Nielsens than airport radar and sonograms?

You're a tool of the left and an utter disgrace.

Ted Cruz is the real deal. And that's why the Beltway Elites are running scared.

I'm telling you folks for real: I ain't takin' this crap any more. I'm calling out every single one of these "Ruling Class Elites" who suckle on the teat of government and media -- but I repeat myself -- while attacking patriots who believe in the nation's highest law.

They're the freaks, the miscreants, and the extremists. They're the useful idiots.

And we know who will win that battle when the chips are all on the table.

Screw this leftist bitch. Republican statagists have been wrong in everything they've attemted to do, which is further the cause of the Rino establishment. The people of this nation, the true conservative Constitutionalists need to take over, in any way neccesary.

Right, Dougie. And there was no way that Obama would ever be reelected and you were certain that Mitt Romney would now be President. How many times does a dim light bulb have to be wrong before it realizes that it has no clue about what it's talking about?

Isn't she McCain's 'aide' who stuck a knife into Sarah Palin's back?

Mark Steyn, in a typical burst of brilliance, called such as Wallace "DIABLOs:" "Democrats In All But Label Only." There are rather a lot of them out there...and MSNBC is their preferred pabulum.

Yea -this is the same bish who backstabbed and undermined Palin!

The Republicrats have a mole infestation. Democrat operatives have penetrated the organization under the guise of being "advisers" and are pushing an agenda designed to destroy no guaranteed to destroy the party.

Hey, Davey -- I mean "Carlito" -- advocacy of a preferred candidate (mine was Michele Bachmann and then Rick Santorum in 2012) doesn't mean they win.

I noticed your curious omission of 2010, by the way.

Weird how that happens: when conservatives get rolling, massive electoral victories occur.

When the RINO mush establishment gets their way, we lose (e.g., Dole, McCain, Romney)...

Spot-on assessment of the "Grey Poupon Crowd". Dave, the icing on the cake would have been a photo-shopped pic of Nicole Wallace in a Madame DeFarge powdered wig.

She is woefully unformed. there is a book out listing ALL the reasons for impeachment. Not one but many!