What the Obama Democrats want next: your pension and your 401(k)

The always fascinating Pensions & Investments (this month's centerfold is a doozy) reported earlier today that the feds want to start regulating all private pension plans. And because Congressional Democrats, circa 2008, openly discussed the possibility of confiscating 401(k)s, one could legitimately connect the notion to "eliminat[ing] investment risk" by giving the feds control of your retirement account.

The agencies specifically want to know whether some form of “lifetime income distribution” should be required in all defined contribution plans...

To put this news in context, consider that in late 2008 Democrats openly discussed the possibility of confiscating private retirement accounts in order to "strengthen and protect Americans’ 401(k)s, pensions, and other... plans". 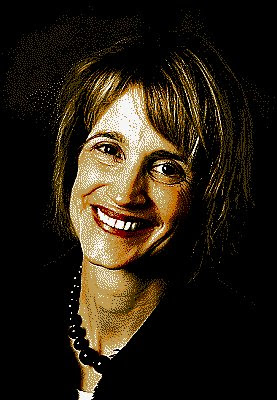 The [Congressional] testimony of Teresa Ghilarducci, professor of economic policy analysis at the New School for Social Research in New York, in hearings Oct. 7 drew the most attention and criticism. Testifying for the House Committee on Education and Labor, Ghilarducci proposed that the government eliminate tax breaks for 401(k) and similar retirement accounts, such as IRAs, and confiscate workers’ retirement plan accounts and convert them to universal Guaranteed Retirement Accounts (GRAs) managed by the Social Security Administration.

...The current retirement system, Ghilarducci said, “exacerbates income and wealth inequalities” because tax breaks for voluntary retirement accounts are “skewed to the wealthy because it is easier for them to save, and because they receive bigger tax breaks when they do.”

...GRAs would guarantee a fixed 3 percent annual rate of return, although later in her article Ghilarducci explained that participants would not “earn a 3% real return in perpetuity.” In place of tax breaks workers now receive for contributions and thus a lower tax rate, workers would receive $600 annually from the government, inflation-adjusted. For low-income workers whose annual contributions are less than $600, the government would deposit whatever amount it would take to equal the minimum $600 for all participants.

In a radio interview with Kirby Wilbur in Seattle on Oct. 27, 2008, Ghilarducci explained that her proposal doesn’t eliminate the tax breaks, rather, “I’m just rearranging the tax breaks that are available now for 401(k)s and spreading — spreading the wealth.”

Now that the Democrats have nearly decimated the economy (Stimulus II, anyone?), the trillions of dollars in private retirement accounts represent the juiciest of all possible targets.

So why so concerned about the Democrats taking over your 401(k) plan, Sparky? What could possibly go wrong?

“Ensuring the solvency of the Social Security system and extending the workplace savings system to nearly all working Americans, not just half, are the best ways to tackle America’s retirement challenge and raise America’s national confidence,” Mr. Reynolds said in the news release

So, to save the Titanic Mr. Reynolds wants to lash all the lifeboats to the side.

I'd rather burn my money than let the Goobermint have it. Keep us informed!

When China refuses to buy our treasury bonds that's is your que to get yor money any way you can. If your younger than 59 1/2 take out a loan on your 401k for half of the balance that's the max. you have to pay it back in 5 years or do you?
doing that will at least keep the bastards from getting it all. People wake up and go vote these morons out this fall if it's not alreeady too late