What happens if the boss cannot afford to pay you for a full week's work?

In most instances either you work a few days for nothing, or you do what many places have been forced to do during hard times, such as one Carbondale dentists' office. 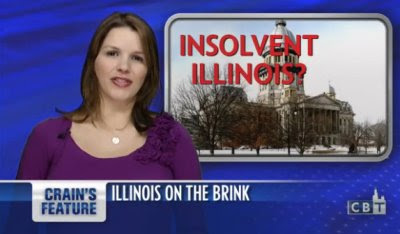 It has become another victim of Illinois's $13 billion dollar budget crisis. Recently staff members held their breath as they opened an e-mail from the chief executive officer.

"I am hoping we'll be able to eliminate this uncertainty considering furlough days in the near future. But at least we can extend the delay for another two weeks," Shawnee Health Care Chief Executive Officer, Patsy Jensen said as she read from a recently sent email.

Some 350 employees received that email. The subject is furlough days. Jensen says she started these emails back in December. "If we can't meet our payroll demands then we are going to ask our staff to take one day off a week," Jensen said.

Shawnee Health Care has clinics in Carbondale, Marion, and Murphysboro. At the Carbondale clinic, nearly 80% of dental patients are on Medicaid. In Illinois, the state must match 50% of Medicaid dollars. However, Jensen says due to Medicaid payments delays, many area dentists don't accept the program.

"We're at a minimum 90 days out," Jensen said about state Medicaid payments.

Despite the fact that "Illinois is headed toward a governmental collapse", public-sector unions aren't budging on their demands for salary, benefit and pension increases.

at 11:55 AM
Email ThisBlogThis!Share to TwitterShare to FacebookShare to Pinterest
Labels: Crime, Democrats, Economy, Obama, Unions