Mind-boggling: TSA forces Richmond Airport to give convict unlimited access to all classified areas, which... violates TSA's own rules

Beltway insiders refer to Janet Napolitano, head of the Department of Homeland Security, as "Janet Incompetano". The DHS chief has suffered through a series of monumental gaffes over the past year, including her bizarre claim that "the system worked" after a terrorist came within millimeters of killing hundreds on a Detroit-bound flight.

Earlier this month, a Richmond newspaper reported that the TSA actually violated its own rules in forcing the city's airport to give unfettered access to a convict.

The U.S. Transportation Security Administration insisted that Richmond International Airport issue its highest-level security clearance to a TSA security officer with a felony conviction for robbery. 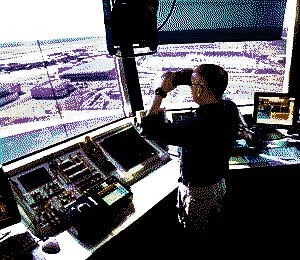 ...The airport would not identify the TSA employee nor reveal his age. The employee did not divulge on his application -- though a records check last fall did -- that he had been found guilty of robbery within the past 10 years.

...The Transportation Security Administration threatened the airport with unspecified consequences, Mathiasen said, unless RIC agreed to issue the badge to the employee... Faced with the TSA's demands "and against its own prudent judgment," the Capital Region Airport Commission, which owns and operates RIC, issued the access credentials to the federal employee late last year.

...Transportation security officers' duties include handling the security screening of passengers to prevent weapons and dangerous material from being taken onto an airliner, and participating in briefings concerning security-sensitive or classified information.

Not to worry, however: only 3.3 million travelers fly in and out of Richmond International.

Just to satisfy my own curiosity, I looked up "incompetent buffoon" in my old, hard-copy encyclopedia. While a picture of Janet Napolitano did not accompany the article, the lovely visage of her mentor -- Janet Reno -- did appear.

I know it's a cheap shot but...I wonder how much the gentleman in question donated to a certain presidential campaign. Or congresscritter.