Calley-For-Knee-Ah (I'm using Governor Jerkinator's pronunciation, so bear with me) is $20 billion in the red again, having last year kicked the can down the road, avoiding the tough cuts that needed to be made. 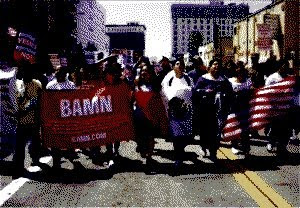 "Here we go again," said state Controller John Chiang, warning lawmakers that the state will run low on cash this spring unless they make adjustments in the weeks ahead... California is falling $6 billion short of the revenue it needs to fund basic programs in the current fiscal year and is projected to be short by another $14 billion in the fiscal year that starts July 1.

...Democrats are searching for ways to sidestep the rule that requires a two-thirds vote of the Legislature for tax increases and to pass state budgets.

You read that right: the teachers' unions want higher taxes for a state ranked the third worst tax climate for business in the nation. Its corporate income tax rate is already the highest in the West.

Far be it from me to suggest some cost savings strategies, but perhaps crushing the public union oligarchies would be a real nice start. After all, the Los Angeles School Superintendent has identified 1,000 "horrendous" teachers, but not a single one of them can be fired thanks to the teachers' union. 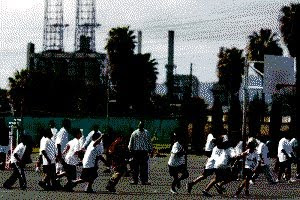 Hundreds of bad teachers have encamped in the LA school system and will be impossible to remove... The LAUSD superintendent has compiled a list of nearly 1,000 "performance cases," according to LA Weekly (via Reason). But getting rid of the teachers costs more than the schools can afford, thanks to state laws and a powerful union that protect teachers. 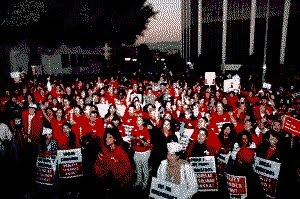 In the past decade, LAUSD officials spent $3.5 million trying to fire just seven of the district's 33,000 teachers for poor classroom performance — and only four were fired, during legal struggles that wore on, on average, for five years each. Two of the three others were paid large settlements, and one was reinstated. The average cost of each battle is $500,000.

During our investigation, in which we obtained hundreds of documents using the California Public Records Act, we also discovered that 32 underperforming teachers were initially recommended for firing, but then secretly paid $50,000 by the district, on average, to leave without a fight. Moreover, 66 unnamed teachers are being continually recycled through a costly mentoring and retraining program but failing to improve, and another 400 anonymous teachers have been ordered to attend the retraining.

It's been years since I studied math, but busting apart these public sector unions would represent a fine start at balancing the budget and returning some fiscal sanity to Calley-For-Knee-Ah.

Just half a decade late, Gov. Jerkinator finally figured out that kowtowing to monopolistic thugs wasn't such a great strategy. He's finally proposed cutting the size of the union workforce, reducing pay, right-sizing the broken pension system and crushing the ridiculous job "guarantee" agreements that were established during various collective bargaining sessions.

Personally, I think it's too late for California. It's just another Democrat Utopia that's circling the drain, along with Illinois, Michigan, New York and New Jersey. Hopefully, we can crush the Democrat majority in Congress this November before the infection fatally sickens the entire U.S.