The worst pileup in world history?

In March 2008, unbelievably high speeds and wretched visibility contributed to one of the worst traffic accidents in history. Exit 399 on the Abu Dhabi to Dubai highway was the scene of a 60-vehicle pileup that killed five and injured nearly 350 people. 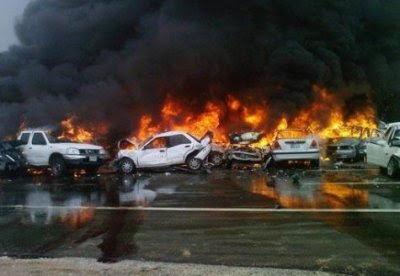 The 25km stretch of the UAE's busiest highway from Abu Dhabi to Dubai was closed for more than five hours, resulting in huge tailbacks during rush hours... 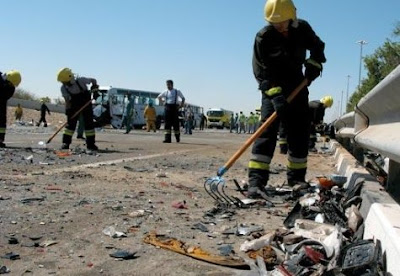 Police said among the 347 injured, six people were critical, while 39 suffered medium injuries. The remaining suffered minor injuries. Police said 25 vehicles caught fire following the accidents caused by poor visibility due to the thick fog and lack of attention by motorists. 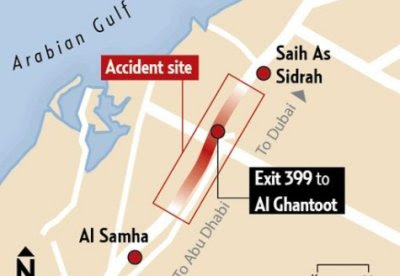 Lieutenant General Saif Bin Zayed Al Nahyan, Minister of Interior, said coordination by officials contributed to limiting the fatalities. Quick response by the rescue and ambulance department officials helped save lives and in reopening the road to traffic at the earliest. He called on all road users to exercise caution, especially during early morning when visibility is low. 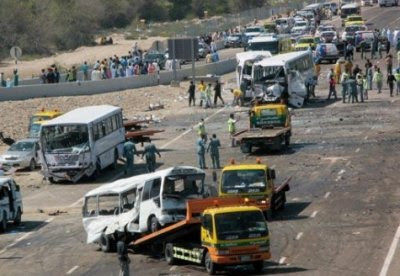 Colonel Osman Al Tamimi, Director of the Emergency and Safety Management section of Abu Dhabi Police said the central operations room received a call at 6.39am informing about a series of pile ups between Bahia bridge and Ghantoot bridge in the direction towards Dubai. Ambulances, fire engines and helicopters of the Air Wing were despatched immediately. 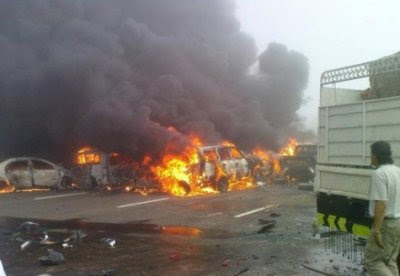 Dubai police and support teams from Armed Forces as well as a number of traffic patrols joined the rescue operations. 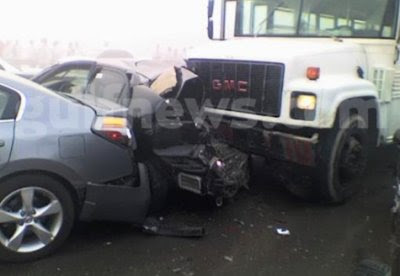 "The officials worked towards moving the injured to the nearest hospitals and extinguishing the fire," he said, adding that the roads were reopened for traffic in record time. 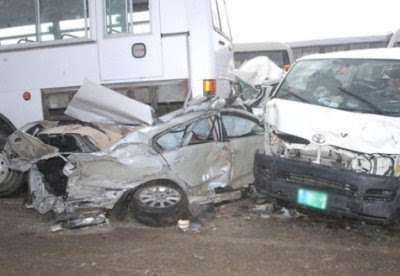 An Abu Dhabi traffic police officer at the crash site said: "The crash happened because everyone was speeding despite the severe weather conditions... 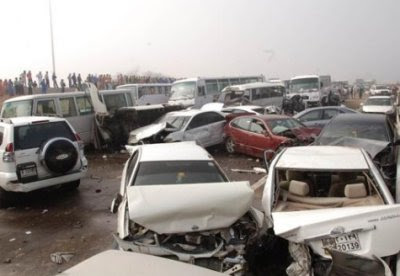 "...Drivers weren't leaving a safe distance between cars and this resulted in everyone hitting each other after the first crash."