Our friends the Saudis: police officer sentenced to 120 lashes for marrying six women (when everyone knows the legal limit is four wives)

A man's got to know his limitations. In this case, four wives is the line you simply can not cross. 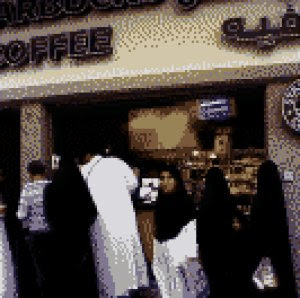 A Saudi court has sentenced an employee of the kingdom's religious police to 120 lashes for marrying six women... The court banned the man from standing as a preacher and leading prayers, ordered him not to travel abroad for a five-year period and to memorise two chapters from the Koran.

The accused, in his fifties, is not a member of the Saudi Committee for the Promotion of Virtue and Prevention of Vice's morals squad but holds an administrative position there, the official said.

...The commission makes sure Saudi society abides by an austere interpretation of Islam in the kingdom, where clerics control the justice system.

With more than 5,000 members, its squads roam streets and shopping malls to make sure unrelated men and women are kept apart, that shops and restaurants are shut at prayer time, that women are covered from head to toe and to search for alcohol and drugs.

Putting up with six wives? The man deserves a medal, not 120 lashes.

at 7:47 PM
Email ThisBlogThis!Share to TwitterShare to FacebookShare to Pinterest
Labels: extremism

http://sandgetsinmyeyes.blogspot.com/2010/02/pvpv-guy-claims-ignorance.html
This US Lady living in Saudi points out that wives #5 and #6 were also illegal aliens from Yemen. The saudis keep very tight borders.