Get Rich or Die Warming: Climategate Scientist Admits the UN's Global Warming Alarmism Is a Fraud and There is No Consensus

The scientist at the heart of the Climategate scandal -- the Climate Research Unit's Dr. Phil Jones -- has admitted what any sensible person had figured out long ago. The United Nation's global warming initiative is a complete and utter fraud: 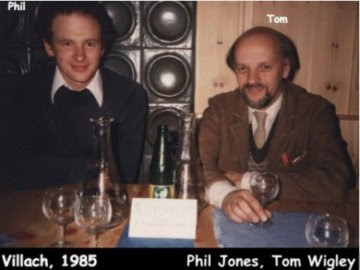 Sceptics believe there is strong evidence that the world was warmer between about 800 and 1300 AD than now because of evidence of high temperatures in northern countries... But climate change advocates have dismissed this as false or only applying to the northern part of the world.

Professor Jones departed from this consensus when he said: ‘There is much debate over whether the Medieval Warm Period was global in extent or not. The MWP is most clearly expressed in parts of North America, the North Atlantic and Europe and parts of Asia...

Sceptics said this was the first time a senior scientist working with the IPCC had admitted to the possibility that the Medieval Warming Period could have been global, and therefore the world could have been hotter then than now.

The actual text of the BBC's interview with Jones makes it clear that the entire jig is up.

[Question] - When scientists say "the debate on climate change is over", what exactly do they mean - and what don't they mean?

[Jones] - ...I don't believe the vast majority of climate scientists think this. This is not my view. There is still much that needs to be undertaken to reduce uncertainties, not just for the future, but for the instrumental (and especially the palaeoclimatic) past as well.

[Question] - If you have confidence in your science why didn't you come out fighting like the UK government's drugs adviser David Nutt when he was criticised?

[Jones] - I don't feel this question merits an answer.

Putting the last nail in the global warming coffin, the Times of London reported today that top atmospheric scientists have stated "the world may not be warming".

“The temperature records cannot be relied on as indicators of global change,” said John Christy, professor of atmospheric science at the University of Alabama in Huntsville, a former lead author on the IPCC...

The doubts of Christy and a number of other researchers focus on the thousands of weather stations around the world, which have been used to collect temperature data over the past 150 years... These stations, they believe, have been seriously compromised by factors such as urbanisation, changes in land use and, in many cases, being moved from site to site.

Christy has published research papers looking at these effects in three different regions: east Africa, and the American states of California and Alabama. 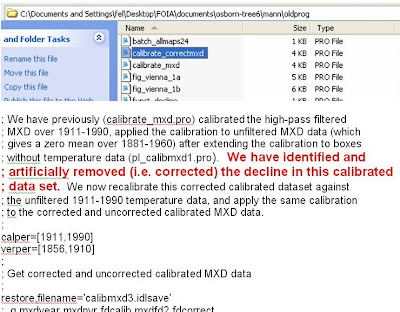 “The story is the same for each one,” he said. “The popular data sets show a lot of warming but the apparent temperature rise was actually caused by local factors affecting the weather stations, such as land development.”

The IPCC faces similar criticisms from Ross McKitrick, professor of economics at the University of Guelph, Canada, who was invited by the panel to review its last report.

The experience turned him into a strong critic and he has since published a research paper questioning its methods... "We concluded, with overwhelming statistical significance, that the IPCC’s climate data are contaminated with surface effects from industrialisation and data quality problems. These add up to a large warming bias," he said... Such warnings are supported by a study of US weather stations co-written by Anthony Watts, an American meteorologist and climate change sceptic.

I've got the perfect name for the movie that will inevitably document this despicable fraud: Get rich or die warming.

For those who profited from this fraud, i want my money back and jail time time for these con men.

In fact there is now significant, but not conclusive, evidence that both the Mayan and Incan civilizations were heavily impacted by a warming phase that allowed greater arable areas along with favorable rain patterns. The course of Incan empire in particular seems to coincide with a warming trend.
And it must be remembered that the reason these scientists do not credit Southern global warming is because of a dearth of any sort of evidence, not because of contrary evidence.

watch now as it turns into a third-world country "my word vs. your word" conflict. what i'm saying is that we bad white nations will not believe the tribal history that was orally passed to refute the MWP. no records exist of temps in africa during the middle ages.

There are few proxies for weather in equatorial regions. Desert regions sometimes have evidence of wetter times and drier times, but few proxies of weather over time. An exception is the last ice age, where one can identify glacial clues in such unlikely places as Mauna Kea , Hawaii and unusual riparian patterns in the tropics: sometimes more water, sometimes less, depending on the source.
In colder regions, proxies are fairly easy to come by, but the interpretation has been coopted by Warmists. "Hide the decline" did not have to do with temps, per se, but the fact the proxy model for tree rings did not match actual temp readings for the last 20 years. The temps were reported as warmer than the tree rings for the period indicated. Which meant the proxies were worthless.

Pat: It is interesting that you mention the Mayan and Inca civilization and the effects of climatic change on them. In neither case were the climatic changes the result of AGW.

True, Other than regional burning. Which was once thot to contribute to soil depletion and desertification but which we now knows actually increases long term fertility by analysis of the American plains fires and Amazon slash and burn practices that respond with renewed fertility even if of different plant species. This has led to several disturbing conclusions: agriculture changes the make up of biomass, but not the mass, and the weather (drought) in Central ad South America was not caused by bad practices, but by natural climate change.

Yikes, I wonder about this one:

worded almost identically to yours?