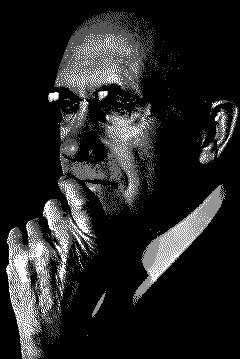 Apparently it's fairly easy for a political party to appear on the ballot in Nevada. And a group representing itself as the Tea Party movement -- which is a movement and not a political party -- has done just that in the race for Harry Reid's Senate seat.

Of course, a third party run by faux conservatives would split the GOP vote and send the truly disreputable Harry Reid back to DC.

Research by the Nevada News Bureau -- via Flopping Aces -- turns up the background of the group's founders. And it's apparent that they're neither conservative nor Republican.

Here are some snippets from my research so far... Barry Levinson was part of the “Bush Lied, People Died” cabal (very strange creds for a Tea Party guy).

...Not really core to the story but one of the principals, Larry Lathum, appears to be a 9/11 Truther...

But there is a way to thwart these jamokes and minimize the damage they can incur to a conservative Republican candidate.

Nevadans who are so inclined are urged to file similar petitions to that of the "Tea Party of Nevada". I suggest the following names for these parties, who will all run a candidate for the office of Senate.

Ten or so additional parties on the ballot should sufficiently dilute the impact of the traitorous "Tea Party of Nevada".

Ah, yes. Soros & co. are going to be very busy the next few months.

Lying, faux grassroots from the Democrats? Let me show you my "shocked" face!

You could do the same thing with the Democrat Party:

You could even run something like the People's Party or the People's Democratic Republic Party; you certainly wouldn't get any Conservatives voting for them but you might split a lot of leftists off from the Democrat party.

They're done it with Acorn and the pattern is set.

It is amazes to see how far the unethical Democrat Partisans will go to obtain power.

The lies are so overt, so numerous, so poorly contrived, etc., it is really becoming quite humorous.

If the Democratic Party wasn't so destructive, it would be only a matter of laughs.

It is truly sad, and unfair for the American Public.

Disclaimer: This represents my personal opinion.

Scott Asjian and Barry Levinson, candidate and creator of the Tea Party of Nevada Party (Tea Party Squared) have never been active in any Nevada grass roots tea party event, discussion list, bulletin board, planning session or barbecue (we do a lot of cook-outs to meet candidates and get to know each other a bit better). Not one. And I think I ought to know.

Two weeks ago, I wrote a blog on Tea Party Squared, challenging them to prove that they were, in fact, part of (and therefore entitled to) the tea party movement. All I got was a series of special-pleading emails from an anonymous "fan" of Scott Ashjian's (I wondered if it was, in fact, Scott - but the email address 'govgood@aol.com" was otherwise anonymous.

In addition, I posted to all of the lists I'm involved with (about 9) asking if ANYBODY in any grass roots/tea party/Oath Keeper/constitutional conservative group had ever met, or even heard of these folks. The answer? Resounding silence.

And believe me, I looked everywhere, and I'm well-positioned to look everywhere.

In addition to my role with the Grass Roots team that electorally took over the Clark County (Las Vegas) Nevada Republican Party, I have been active in promoting every grass roots tea party event in Clark County, in five different counter-protests aimed at "participating" in MoveOn labor-union-staffed "rallies", and in no less than nine discussion lists, ning groups, meet-ups and bulletin boards. I'm also a member of Oath Keepers. In short, I'm well-connected in the grass roots tea party movement in Nevada.

And in nearly three weeks of constant searching, nobody in the tea party movement has come forward to admit they knew either one of them (one knew that Barry Levinson was part of Harry Reid's campaign an election or two ago and that he'd been part of a "Bush lied/People Died" activist group - hardly the profile of a present-day constitutionally-conservative movement. Sure, lots of Tea Party people don't like Bush (me among them) but not because "Bush lied" - but because Bush allowed spending and government to soar out of control, and because he started the bailout program even before Obama poured high-octane gasoline on that particular fire.

Back to Tea Party Squared. This group is a false flag operation - and when their lack of connection to the real tea party movement becomes known among the tea party members, their "support" will evaporate. The only thing that will give these bozos any (short-term) support is the appearance that both of the two leading Republican candidates for the Senate Nomination, Danny Tarkanian and Sue Lowden, are not real conservatives at all. However, of the two, Sue seems more authentic, and Danny seems to be well on his way to self-destructing - at least, if you believe the polls. As an official of the Republican Party, I cannot and will not offer public support to any candidate; but I do believe this. After the primary, the tea party members will look at Reid, look at the Republican, look at these folks who STOLE our good name and reputation - with no organic claim at all to the "tea party" name - then decide that the Republican candidate is the most likely to deliver conservative governance from Washington DC.

In short, this "Tea Party Squared" group is a false flag operation, tied in the past to Harry Reid and with no connection whatsoever with the authentic grass roots tea party movement in Nevada. They will not hand the election to Harry Reid, no matter how much he hopes they will. It's the desperate last act of a man who is close enough to read the writing on the wall, the words that say, "it's time to retire, Harry."