Some rapper no one has ever heard of says Mitt Romney used a 'Vulcan Grip' on him after a bizarre incident involving Cheetos, chicken wire and a Jiffy Lube gift certificate. 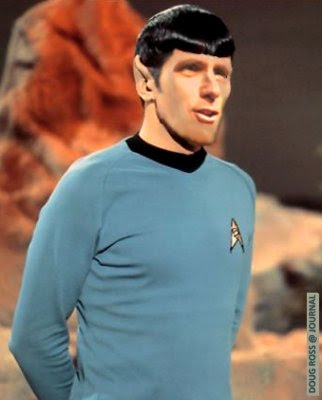 Sky Blu says Romney drew first blood. Well, he said Romney grabbed him after angrily telling him to move his seat up.

"He grabs my shoulder .. and I just react BOOM get off me!" Blu told the video camera. "He put a condor grip on me. What am I supposed to do?"

"That's like a Vulcan grip," offered his bandmate Redfoo.

"Like a Vulcan grip," Blu concurred. "I'm not your prey. I'm not a salmon going upstream. You're not going to grip me up."

Blu, clad in his underwear while telling the story in a hotel room, went on to say that during the maelstrom Romney's wife screamed, he (Blu) threw in a few cuss words and that the cops didn't buy his version of the incident.

"The man assaulted me. I was protecting myself," he said.

Wow. No one would ever figure this for a P.R. ploy.

at 11:46 PM
Email ThisBlogThis!Share to TwitterShare to FacebookShare to Pinterest
Labels: Water-cooler

In the music community, you gain a ton of street cred if you complain about getting manhandled (allegedly) by a 62 year old politician. What a sissy.

Here's a question I haven't heard anywhere yet: why was this tool reclining his chair during takeoff anyway?

These few words, "class", "dignity' and "rapper", usually don't appear together in one sentence to describe anything remotely positive.

I'd ask for a blood sample. The rapper might have too much estrogen in his system. Sounds a little shrill, khowwhatImean?