Another success story for Politburo-style central planning: 80% of Delinquent Homeowners Will Lose Homes, 6 Million In All

Despite spending billions of taxpayers' hard-earned money on programs designed to prevent foreclosures, Real Estate Consulting estimates that "80% of homeowners who are currently delinquent on their mortgages will end up losing their houses."

Of the 7.7 million delinquent homeowners, we actually think that only about 1.6 million will be able avoid losing their homes, and that the remaining 6.1 million will lose their homes... 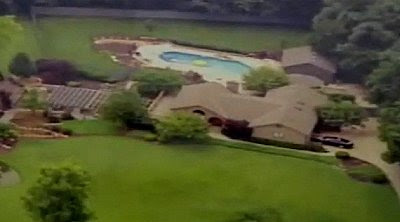 We say that there is 5 million units of shadow inventory because we estimate that about 1.1 million delinquent homeowners already have their homes listed for sale, and we would not classify those homes as “shadow.”

More good news for the economy: Citibank is warning that its checking account holders may not be able to withdraw their own funds without waiting for seven days.

Seen on a recent Citibank (C) statement: "Effective April 1, 2010, we reserve the right to require (7) days advance notice before permitting a withdrawal from all checking accounts. While we do not currently exercise this right and have not exercised it in the past, we are required by law to notify you of this change." 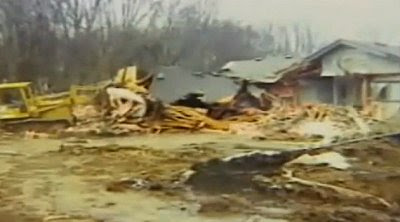 [Is this an] idea backed by Citi's big shareholder, Uncle Sam, or one of its regulators, Sheila Bair?

I called Citi about it and they said the warning applies only to customers in Texas and that the notification had been mistakenly included on statements nationwide. Whatever the explanation, it doesn't exactly inspire confidence in Citi.

Over at Mish's place, commenter 'Steve' sums things up for us as eloquently as anyone.

Let me ask you this. Twenty years ago would you have believed that the US government would ever take ownership of GM, or that they would give 100 billion dollars to an insurance company, or that they would purchase 90% of all new mortgages or that they would run a 2 Trillion Dollar deficit while funneling hundreds of billions to Wall Street? All of this would have seemed inconceivable to me. Except for the vestiges of civil rights we still possess we are literally turning into the old USSR where our entire economy is run by central government command.

Illegally, I might add, since none of this outrageous behavior is constitutional.

But that never seems to stop the Democrats. Every law, for them, is 'living and breathing' -- including the highest law in the land.

Citibank might as well close all it's branches in Texas because no one is going to put up with Citibank requiring a 7 day advance notice on withdrawals.

I only lurk there now, not a big fan of the new blog format.